Captivated by the daily life he saw around him, he began making small prints of comedy actors, gypsies and beggars, then turned to the social group to which he belonged. The full series of twelve includes a self-portrait and two etchings of Callot’s fiancée, Catherine Kuttinger. The figure in this etching is believed to represent the artist’s elder brother Jean. 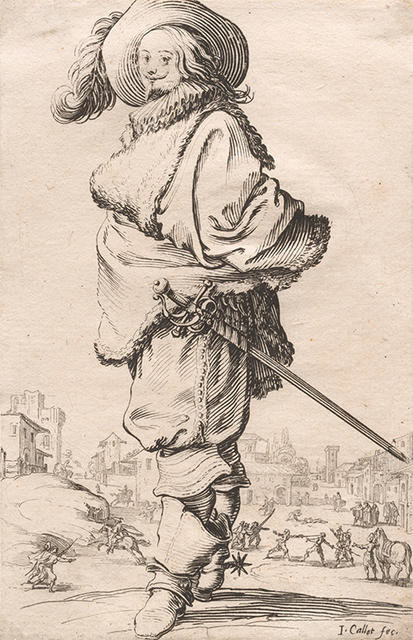