Harold Winston Rhodes (1905-1987) was born in Melbourne. He began lecturing in English at Canterbury College (now the University of Canterbury) in 1933 and was made Professor in 1964. He retired in 1970. Evelyn Page has here shown him in an informal and relaxed pose. Although better known for her oil paintings, Page did produce a number of prints, etchings and linocuts during the 1920s and 1930s. Page (née Polson) was born in Christchurch and studied at the Canterbury College School of Art. A working member of the Canterbury Society of Arts, in 1927 she also joined other young Canterbury artists in The Group, formed to give artists a greater say over showing their work. Page spent a year in Britain in 1937 and on her return she and musician Frederick Page married. In 1947 they moved from Governor's Bay, near Christchurch, to Wellington. In 1966, while travelling on a Queen Elizabeth II Arts Council Grant, Page attended the Kokoschka School at Salzburg. 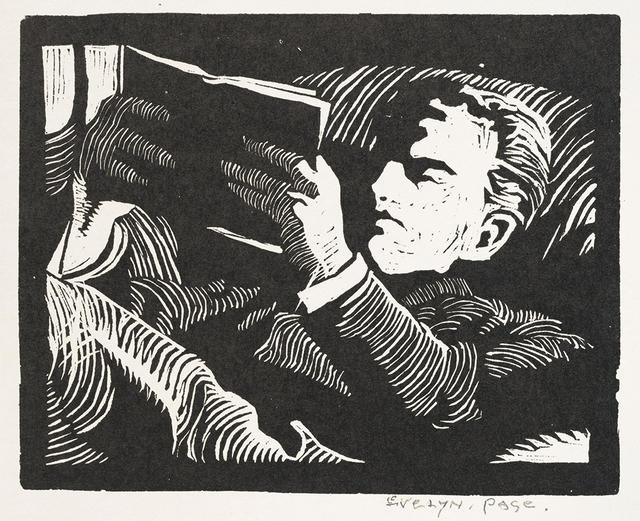