In Ovid's Metamorphoses, the Cumaean sibyl tells of her encounter with Apollo as she leads Aeneas through hell in search of the ghost of his father, Anchises. She tells Aenaes that when she was a girl Apollo had promised to give her whatever she wanted if only he could possess her. Testing him, she pointed to a heap of sand and asked him to grant her as many years in life as there were grains of sand. Apollo gave her the wish and told her that she could have eternal youth and beauty if she would agree to be his. She refused him, and as punishment, was forced to live out the 1000 years he originally gave her. But instead of staying young and beautiful, she aged and became uglier as time went by. 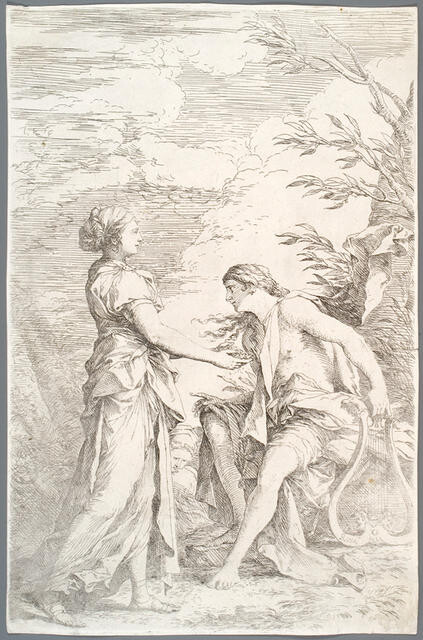