In 1979 Tony Fomison described John Dickson’s poem as being about “… a chap who got his kicks (you’ll get the pun in a minute) looking at photos of people who’ve just been hung. I’ve left one of the nooses free just for him”. Fomison’s style is economic and expressive, simplifying the subjects of his drawing into grim and unsettling caricatures. This work is an excellent illustration of his technical skill, dark creative vision and penchant for violent subjects, often sourced from literature. One of New Zealand’s most original and distinctive artists, Fomison was born in Christchurch and graduated from the University of Canterbury School of Fine Arts in 1960. A year later he began exhibiting in group shows in Christchurch and he held his first solo exhibition in 1962. In 1963 Fomison was awarded an Arts Advisory Council Travel grant, which enabled him to travel to Europe. He was the Rita Angus Artist in Residence in Wellington in 1985. 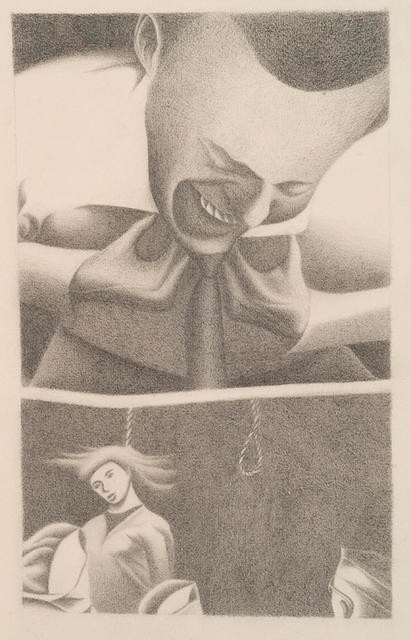 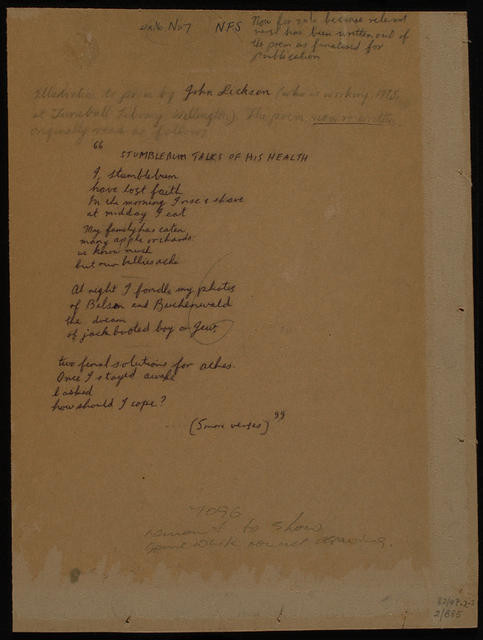