This watercolour was painted from the grounds of the Hermitage during a painting expedition Dorothy Kate Richmond made to the Mckenzie Country and Mt Cook in 1929.

It shows Richmond’s mature style in which she has used fluid washes of colour. Her broad, loose handling of the medium and the simplified range of colours show the influence of Stanhope (1857–1947) and Elizabeth Forbes (1859–1912), with whom Richmond studied in 1898 at the Newlyn School of Art, in Cornwall, England.

Born in Auckland, Dorothy was the daughter of the watercolour artist James Crowe Richmond. In 1878 she was awarded a scholarship to the Slade School of Art in London. She returned to teach at Nelson College for Girls but, on the death of her father in 1898, went back to England. In 1903 Richmond opened a studio in Wellington and became a central figure in the city’s art circles. 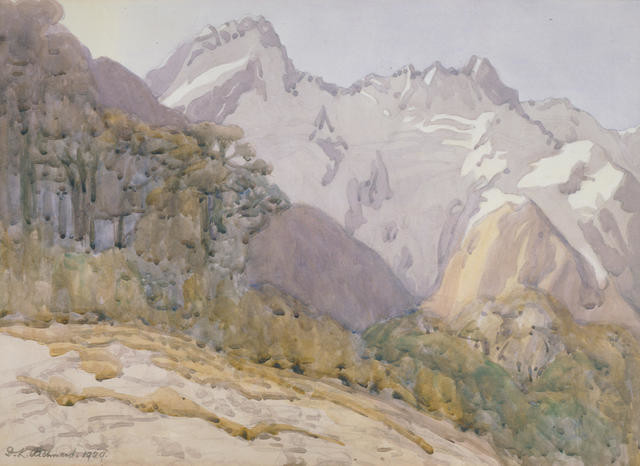