Leonard Booth often made studies of single subjects, such as The Loafer, and would later bring them together with other subjects to suit his composition. A sketch of the same man, leaning at a bar, was used as an illustration by The Bulletin in Sydney. Booth was a regular contributor to a number of magazines, including Bookfellow in Australia. In February 1913 that magazine described him as: ‘…the best pen line single figure draughtsman in Australasia.’ Born in Christchurch, Booth took classes at the Canterbury College School of Art. In 1899 he was awarded both the CSA and the New Zealand Academy of Fine Arts catalogue cover design prizes and the following year he began producing illustrations for The Bulletin. Booth was appointed to the staff of the Canterbury College School of Art in 1904. In 1933 he became ill and resigned from teaching. By the 1950s Booth was seldom painting but used his knowledge of art in his practice as a psychotherapist. 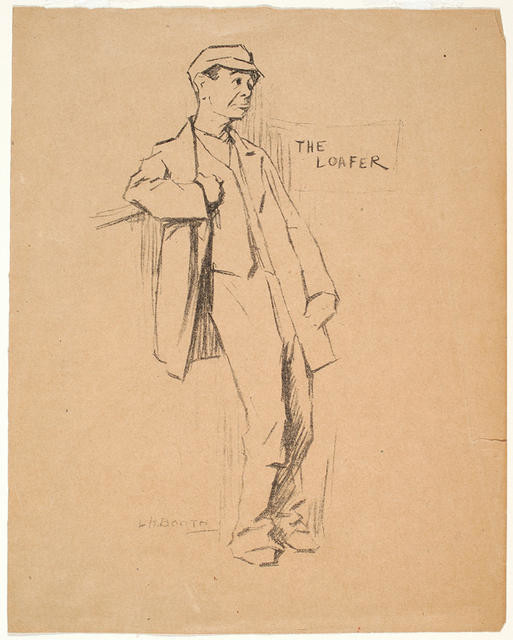