Today, a very special handwashing treat: ‘what happens’, read by renowned New Zealand poet Jenny Bornholdt. She wrote it in response to a remarkable series of paintings made by Juliet Peter in the 1940s, one of which is now held in our collection. A potter, printmaker, painter and School Journal illustrator, Juliet Peter (1915-2010) grew up on her family’s sheep farm at Anama, in the Canterbury foothills. Her art school training was interrupted by the Second World War, and she took up a farmhand position on the Ensor family’s Rydal Downs sheep station, near Okuku in North Canterbury. All three Ensor sons were fighting overseas, but the two younger daughters, Ann and Judy, remained, working alongside several ‘land girls’. Although not enrolled officially with the Women’s Land Army, Peter was employed under the same conditions, mustering, ploughing, stacking hay and driving tractors. It was hard, physical graft, with long hours, six days a week throughout the year.

Despite having little free time, Peter devoted any spare moments to sketching her fellow farm workers, often drawing on the backs of matchbooks in the kitchen after meals. Her resulting drawings and paintings include many portraits, including this one of Judy Ensor riding in the hills with the farm dogs. It was owned and treasured by Judy until 2006, when she presented it to the Gallery, and it featured in our 2018 exhibition, ‘Where the Line Leads’ (named after Bornholdt’s poem). 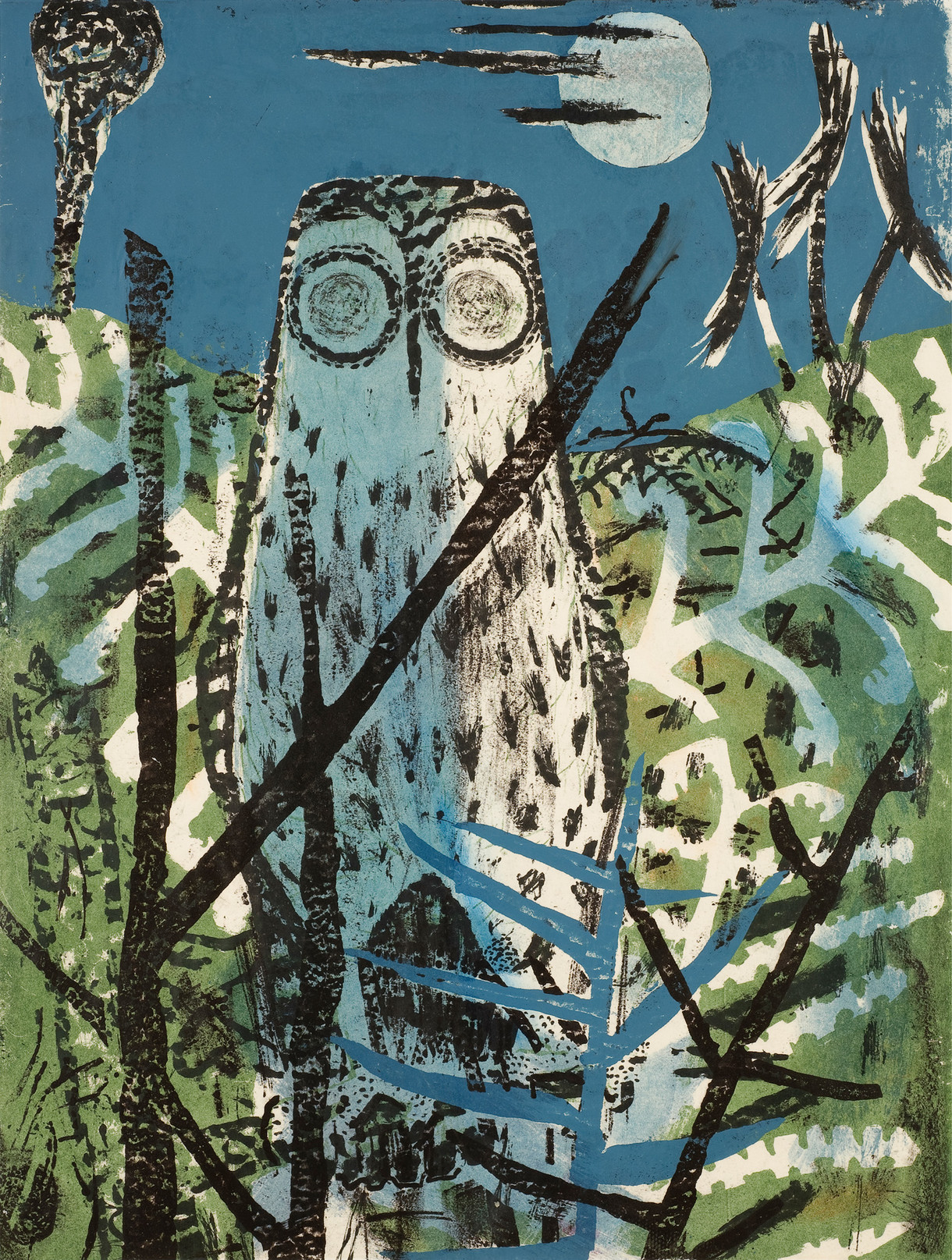 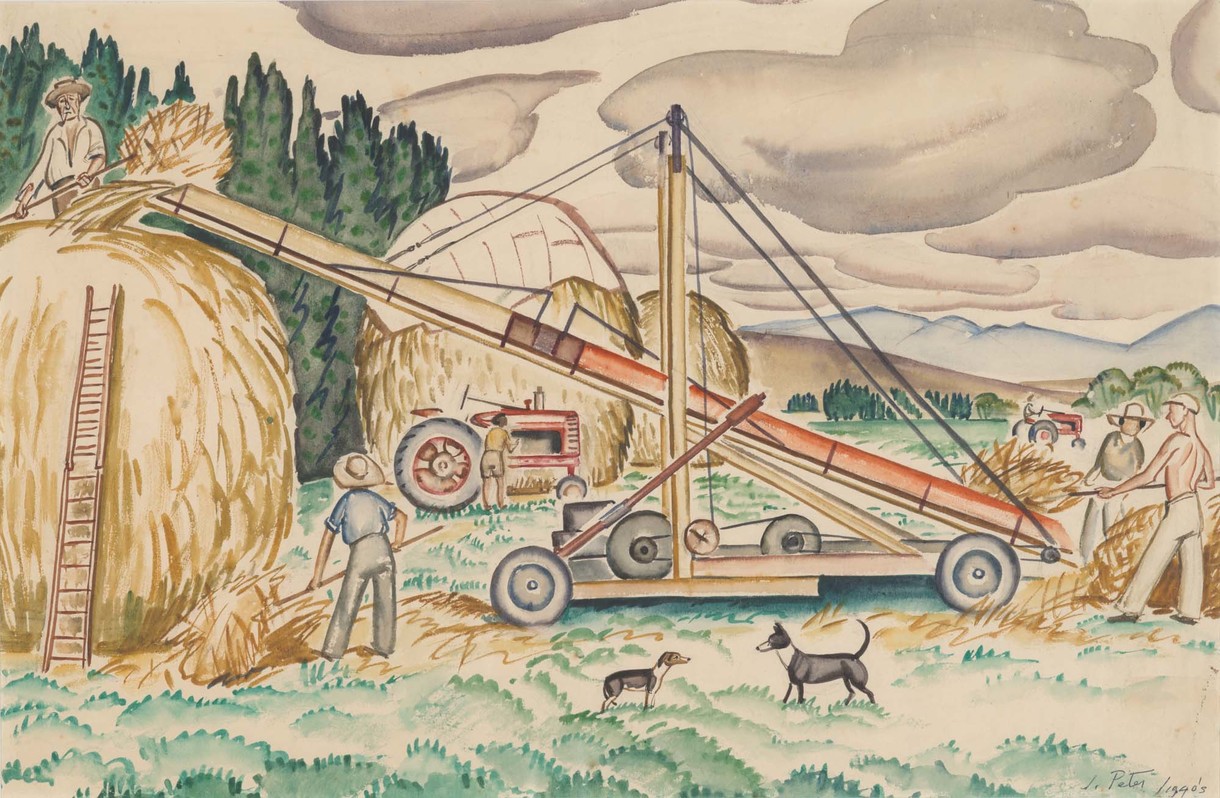 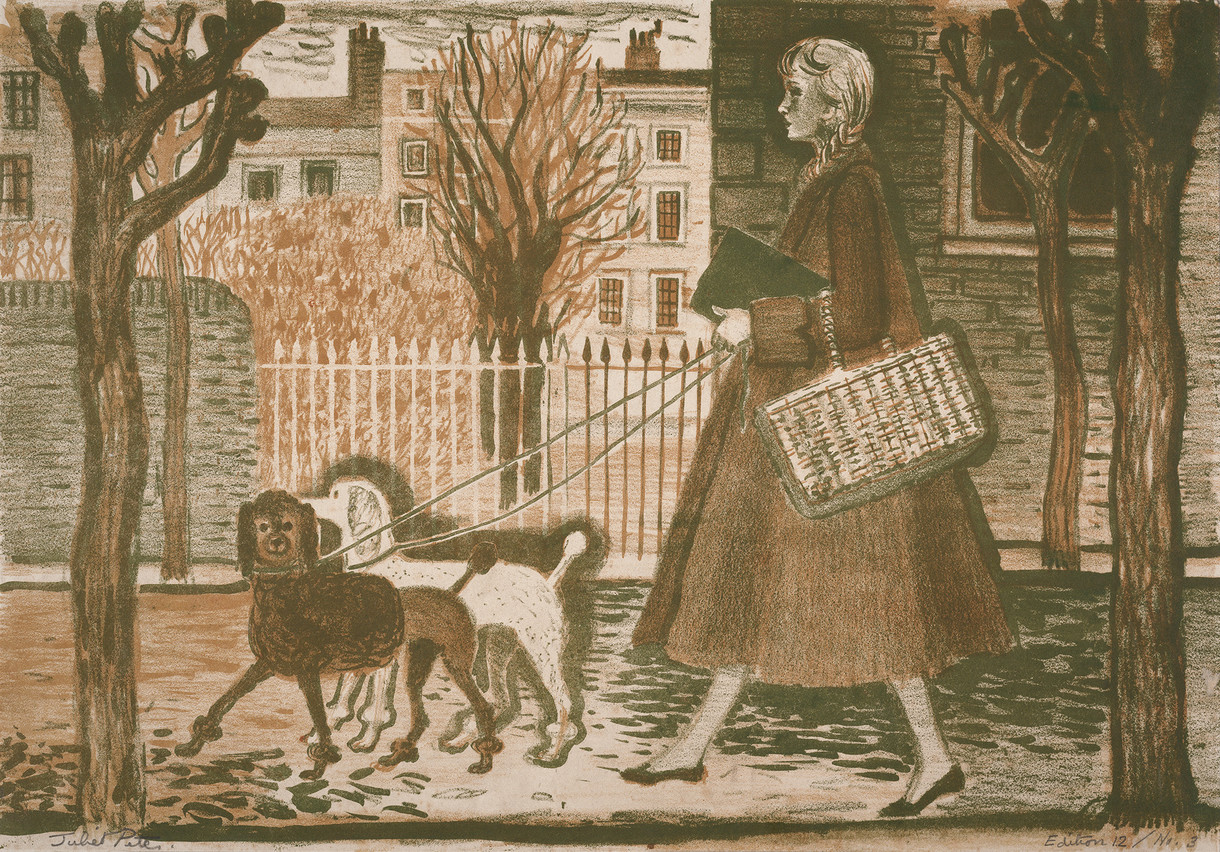