It was surprising for many of us to read in the Press recently about the planned replacement for the broken BNZ in Cathedral Square.

Especially when described as 'a fresh start for city'. Forget everything you heard about civic and public desire for low-rise and human scale in the exciting, new post-quake Christchurch. The article spoke of a new building 'of a similar size and style to replace the one damaged in the earthquakes'.

We're sticking with big and bold, and we're stuck with short-term profit thinking. It is owner developers and insurers who seem likely to determine the future success or failure of this city. Don't expect them to be visionaries - it's all about those who can pay.

Captured on the footpath outside the BNZ nearly 30 years ago, David Cook's Newspaper Seller, Hereford Street doesn't need any of my words. 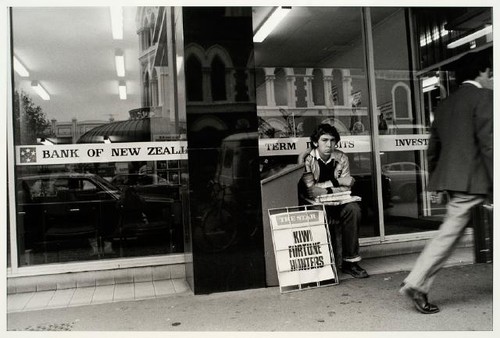 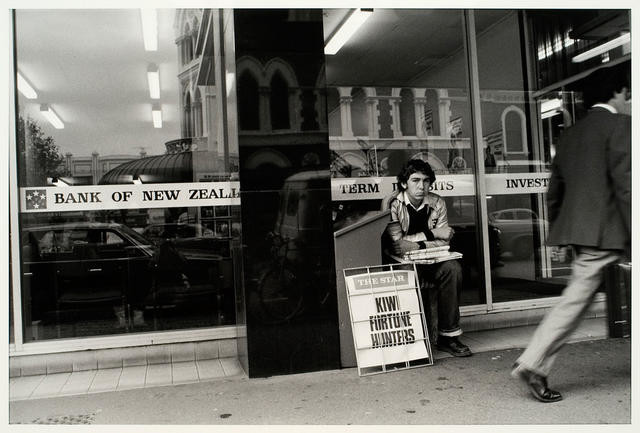