Russell Clark was one of the Canterbury's most versatile artists, but as an illustrator in New Zealand he was without peer for more than two decades, A whole generation of New Zealanders grew up with his distinctive drawings in the radio weekly 'The New Zealand Listener' and the Education Department's School Journal.

'The New Zealand Listener' has a wide circulation, and it is now fifty years since the magazine was founded and Russell Clark began as its official artist. During the initial years of issue he was responsible for all aspects of its design including covers and headings as well as illustrations, but in later years he was concerned just with illustrating. He continued as a contributor to the 'New Zealand Listener' for twenty-three years often making the drawings in the evenings or at the weekends. John Coley recalls Russell Clark telling him that, "Often 'Listener' copy for illustration would he received in the mail on a Friday, worked on Saturday and despatched on Sunday".

By the early 1940s he was also making drawings for school publications and, as unofficial editor, co-ordinated contributions from other artists among them E. Mervyn Taylor who with Russell Clark became synonymous with illustrating the 'School Journal' in the 1940s and 50s. In 1949 Russell Clark received a commission from the Education Department to illustrate a primary school bulletin on Ruatahuna a small Maori village in the Urewera country.

The outcome of this project was some of the most sensitive drawings in his career as an illustrator. In the late 1940s the people of Ruatahuna were, because of the relative isolation, a time capsule of Maoridom. As a community they had retained their links and understanding of the true traditions of their culture. It was this strength of culture of the Urewera people that impressed Russell Clark on the many visits he made to the region. His illustrations were respectful and recognised the uniqueness of Ruatahuna.

This exhibition is a selection of 20 drawings from the Gallery's collection. It comprises mostly line illustrations of the 1950s and early 1960s for 'The New Zealand Listener', the 'School Journal' and the bulletin 'Ruatahuna'. 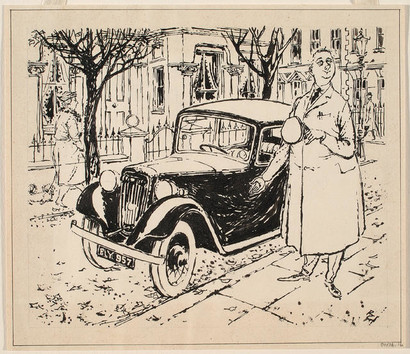 At eight o’clock on a frosty morning it would be there, warmed and ticking over 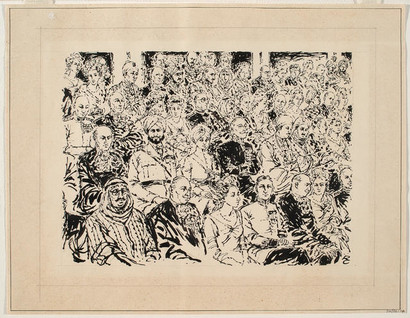 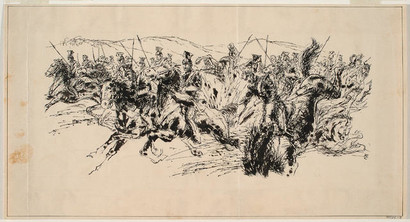 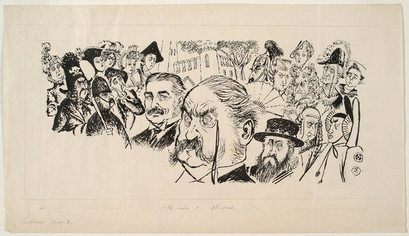 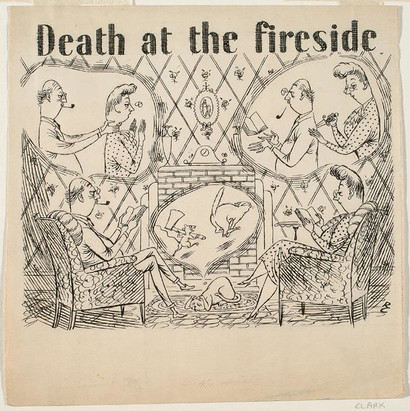 Death at the Fireside 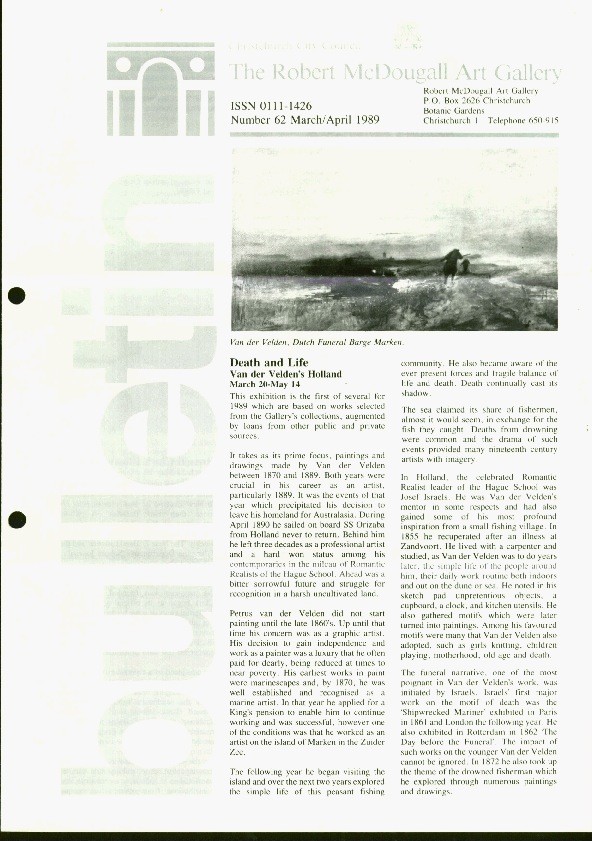 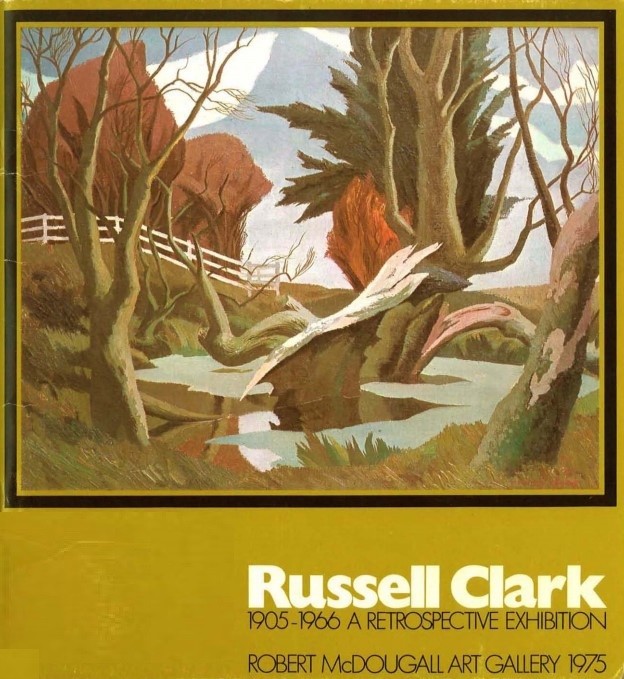 A major retrospective of artist, illustrator and sculptor Russell Clark (1905–1966).