Grahame Sydney is best known for his realist paintings of Central Otago landscapes, which are admired for their fine detail and technical mastery. He has produced prints alongside his paintings since 1975, often complementing his work as a painter. Sydney enjoys the sense of departure from his painting activities offered through printmaking; his etchings in particular highlight his pleasure in working on a smaller scale and exploring the possibilities of line, tone and texture. In the night scene of Camp Kitchen, Sydney appears to revel in the chiaroscuro effects of electric light penetrating the darkness.

Sydney began painting full-time in 1974 and has since established a reputation as New Zealand’s foremost realist painter. He began producing etchings in 1975 and, apart from advice from Christchurch printmaker Barry Cleavin, he is self-taught. In 1976 Sydney employed a local engineer to build an etching press at his Mount Pisa home in Central Otago, which he continues to print with today. 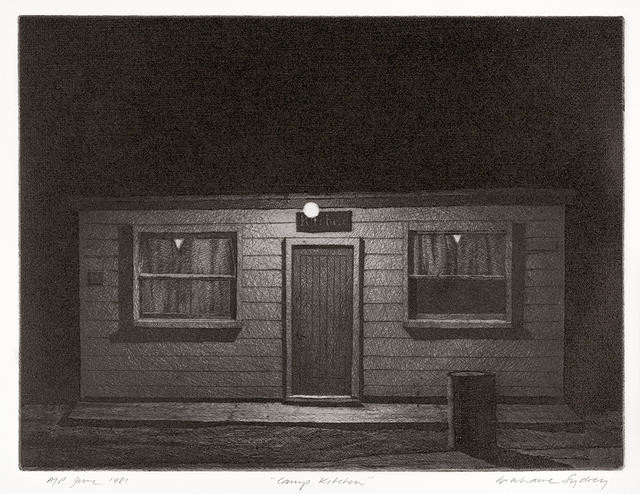