The Gallery had begun acquiring ceramics during the 1960s under William Baverstock’s tenure as director. Muir continued to add to this collection with examples such as this. Roy Cowan was one of New Zealand’s pioneering studio potters. Together with his partner, Juliet Peter, Cowan encouraged studio pottery in New Zealand by sharing specialist knowledge of kiln building as well as, in 1957, co-founding New Zealand Potter, a journal on studio pottery to which they contributed articles. Ambitious in scale, this piece was acquired from an exhibition of pottery and prints by Cowan and Peter at the Canterbury Society of Arts in 1973. 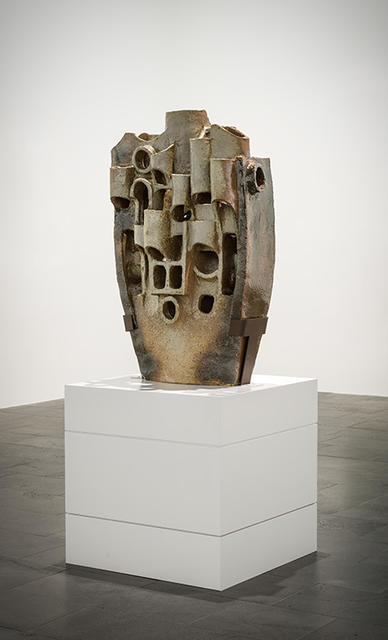 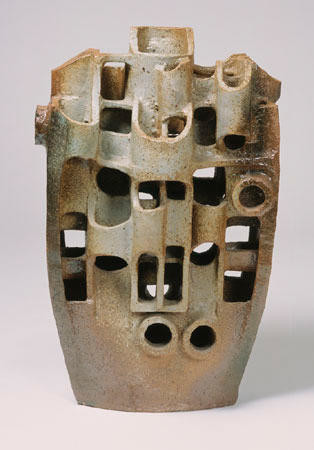