Sydney Lough Thompson was living in Christchurch in 1936 when he was commissioned by the Lyttelton Harbour Board to paint the Port of Lyttelton. The work captures both the beauty of the harbour and the activity of the port's prosperous shipping trade. Thompson has modified the 1930s hard-edged style with elements of Impressionism. On the hills across the harbour are the traditional ochre and blues, which by this time had come to be accepted as Canterbury landscape colours. Born in Oxford, Canterbury, Thompson began studying at Canterbury College School of Art in 1895, as well as taking lessons from Petrus van der Velden (1837-1913). In 1900 Thompson travelled to London and Europe and studied at the Académie Julian, Paris. He returned to New Zealand in 1905, teaching at the School of Art from 1906 to 1911. Throughout his career Thompson travelled regularly between New Zealand and Europe. He was honoured with an OBE in 1937. He died in Concarneau, France. 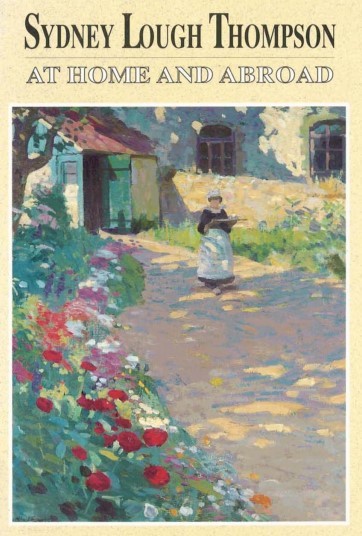 Sydney Lough Thompson: At Home and Abroad
A Harbour View 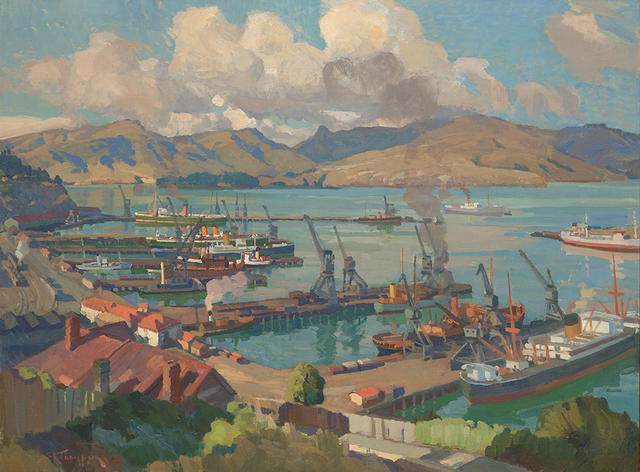