Duvauchelle is a bay that lies at the head of Akaroa Harbour near Onawe Peninsula. Rita Angus stayed there for several days on a sketching holiday with her husband and fellow artist Alfred Cook in 1933. Both Rita and Alfred completed several watercolours of the Duvauchelle area, which the pair exhibited in Christchurch in October 1933. Angus is recognised as one of New Zealand’s most gifted watercolourists and she used the medium extensively throughout her career.

Angus was born in Hastings. She studied at the Canterbury College School of Art from 1927 until 1933, then worked as an illustrator for the Christchurch Press Junior. By 1955 she had settled in Wellington. She lived and worked in Christchurch until 1955 when she moved to Wellington. In 1958 Angus was awarded an Association of New Zealand Art Societies Fellowship, which allowed her to visit England and Europe. 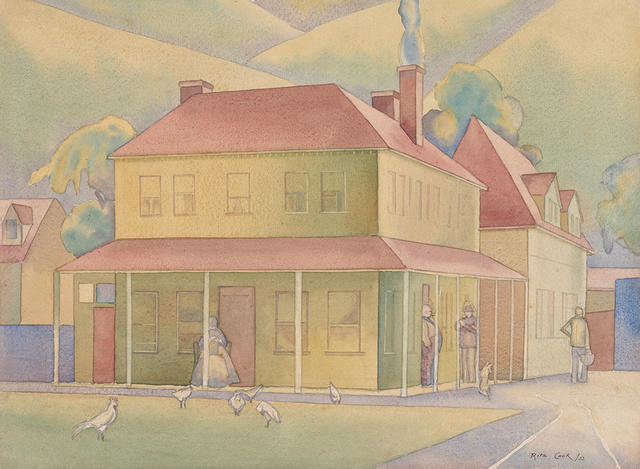