I recently found myself walking through a scene straight out of Grace Butler's 1946 oil painting.

Admittedly her scene depicts the scree slopes of Mount Rolleston (with snow on the peaks despite the summertime setting), believed to be painted from Jacks Hut.  I was tramping slightly further to the east, but still in Arthur's Pass National Park.  Having stayed one night in the Casey Hut and made my way down the Poulter River Valley, I came out via the arduous climb over the Binser Saddle. The views were sporadic due to the dense beech forest, but the glimpses down into the Poulter and Waimakariri Valleys either side indicate just how well Butler captured the region. 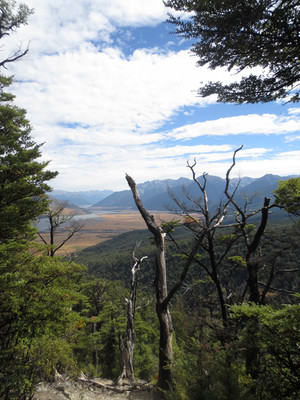 The work was on display for a long time in the permanent collection, and last appeared in the exhibition van der Velden: Otira (seen on the left-hand side of the back wall below), which was interrupted by the February earthquake. We look forward to seeing it - and many others - back on the walls in the future. 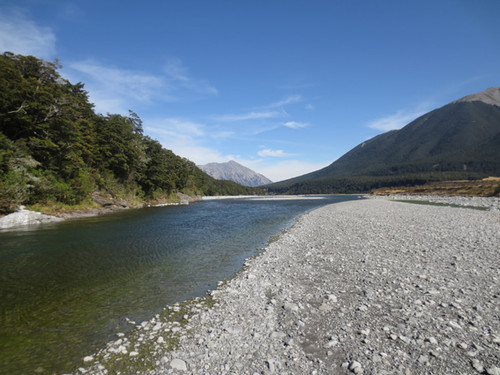 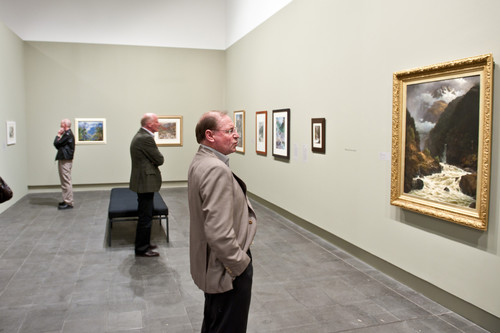 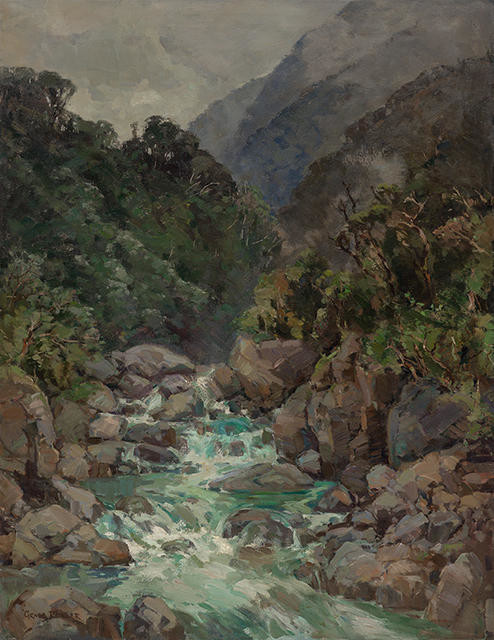 Grace Butler In the Otira Gorge 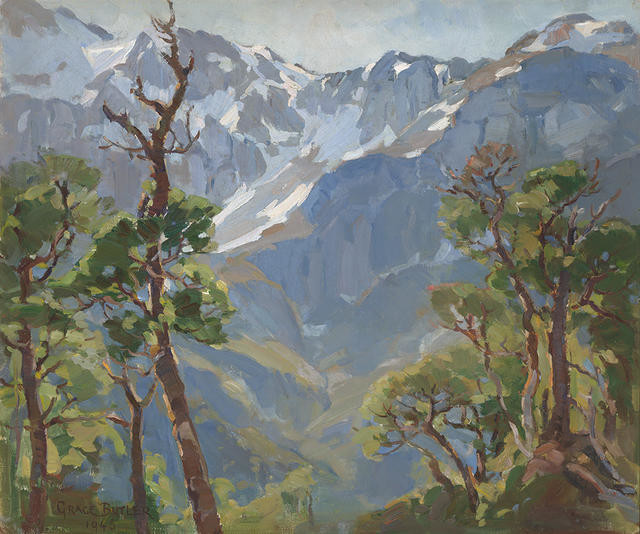 'Arthur’s Pass is a special birding area because of the preponderance of southern rātā [a forest tree with bright red flowers]. The nectar from the rātā was particularly attractive to kākā not just kea [two species of native parrots], so for hunting kākā it was a major zone. At Christmas the western side of the pass, as you’re dropping down into Otira, is often full of brilliant red rātā blossoms. It was a big mahika kai [food gathering area] up to the head of the valley towards Otira, although the route across was not a regular nor a favoured route. It was regarded as a possible route, and the rakatira [chief] Tarapuhi gave that information to Dobson [Sir Arthur Dudley Dobson, a pioneer surveyor who came to New Zealand in 1850 and took the first Europeans over Arthur’s Pass] but even then they had to develop the whole corkscrew thing [the switchback road winding down steep scree slopes] to get carriages across it – on foot it was pretty difficult. That difficulty has been overcome by the new viaduct.' —Sir Tipene O’Regan