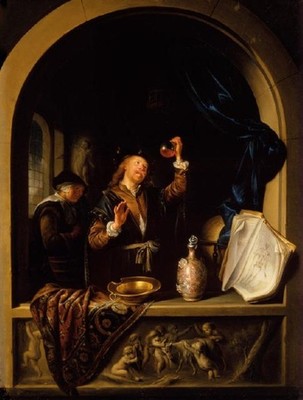 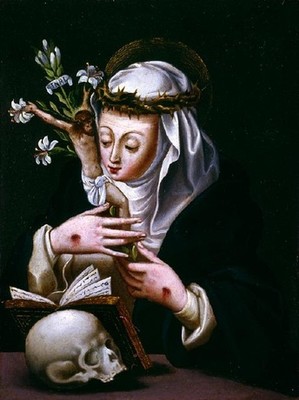 When Bob Mould's pioneering 80s punks Husker Du broke down in the usual plethora of acrimonious band-killing clichés – squabbles over songwriting credits, drug abuse, suicide, and the ever-present 'musical differences' – their erstwhile leader went on to form Sugar, who recently re-issued their 1992 debut Copper Blue. Should you choose to seek this album out, which I recommend you do, then DO NOT confuse it with 1994's Throwing Copper by Live, which I definitely don't recommend.

I've been listening to Sugar's re-issued classic a fair bit lately, and it's had copper – that's Cu to the Walter White's among you – on my mind.

It has been used for at least ten-thousand years, principally mined on Cyprus during the Roman era (but now largely sourced in Chile and the US), where it's role was important, particularly as currency. Now, its major applications are in electrical wires, industrial machinery, and plumbing.

More relevant, of course, is the use of copper in art. As an unashamed painting fan, there are numerous favourites that are rendered on a copper base, the smooth surface allowing particularly skilled practitioners an amazing level of control over the oil paint, as opposed to a canvas substrate which will always have a sense of texture. Although there are some painters who apply many layers of gesso, finely sanding between each application, they are generally rather neurotic and clearly just need to get their hands on a nice sheet of copper.

In our own collection there are some fine examples of oil on copper, generally dating from the mid-1600s, including one of the Gallery's most admired works, The Physician by Gerrit Dou. This work recently toured New Zealand as part of Mary Kisler's brilliantly conceived Angels & Aristocrats exhibition, along with two more of our treasures, Amigoni's Bacchus and Ariadne and Saint Catherine of Siena; this latter work by an unknown artist is also painted on copper. From a similar period Antione Coypel's Venus and Adonis is also a very good example from the collection. 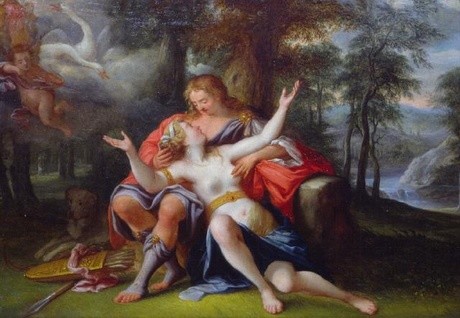 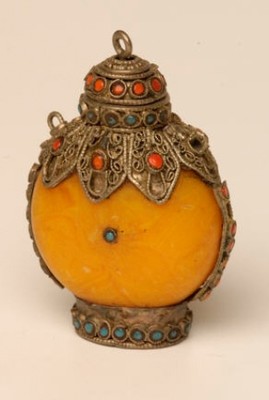 Fast forward a couple of hundred years and the Gallery's vast array of snuff bottles show a much different use of the metal, but by 1992 (the same year Sugar released Copper Blue) we see a modern day reinvention of the practice of painting onto the metal, though the crumpled copper panels that make up The Laughing Wall by Giovanni Intra somewhat subvert the nature of that perfect flat surface! 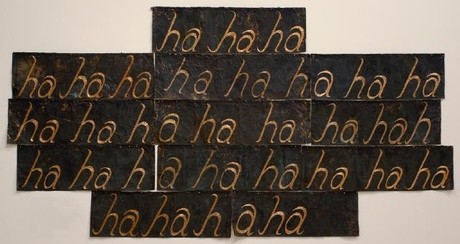 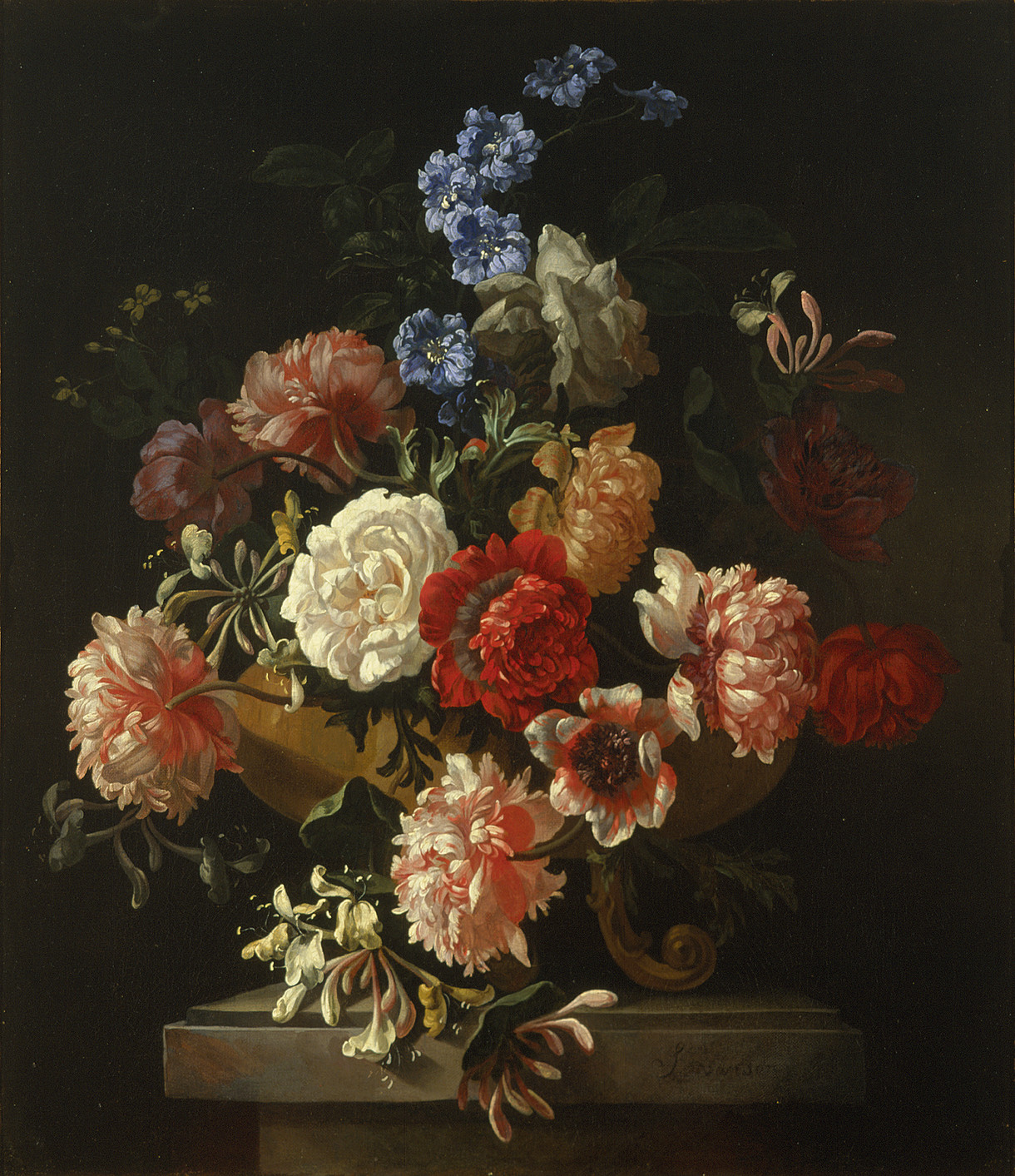 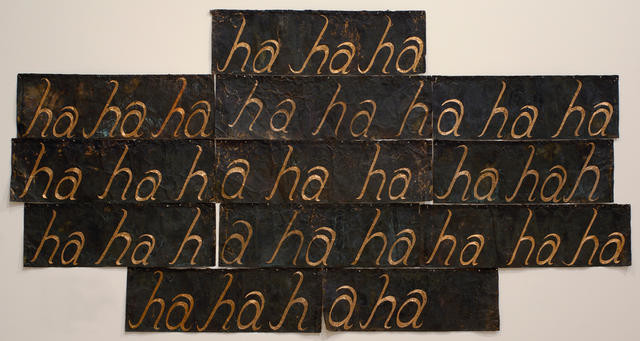 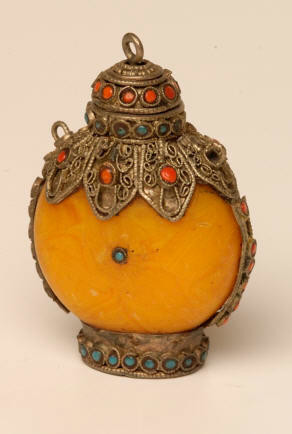 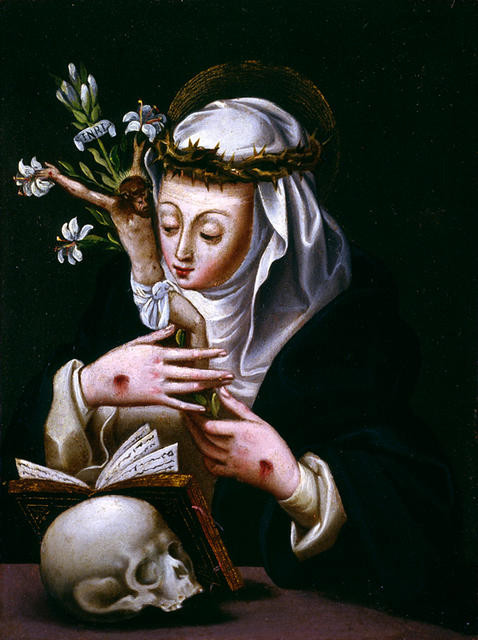 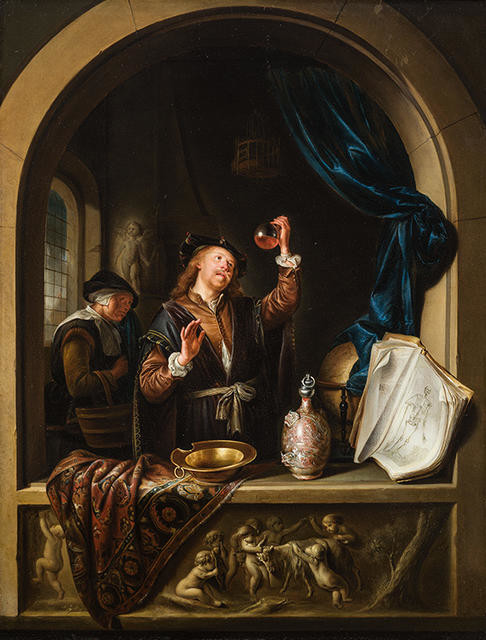 Gerrit Dou was Rembrandt van Rijn’s first student, training with him in Leiden while in his teens, and for a significant period he eclipsed his master’s reputation. Rich with coded narratives, his extraordinarily detailed paintings were prized throughout Europe by the wealthiest royal and aristocratic collectors. The figure examining the bottle of liquid in this painting is believed to be a self-portrait, and is identified as a piskijker– a medical practitioner skilled at studying urine, here for a pregnancy test. Symbols of his skill and learning are prominent, including a celestial globe and carefully positioned anatomy textbook. The skeleton on the open page leaning like a gravedigger on his spade is the ultimate symbol of vanitas – a reminder of the fragile brevity of a human life. At the same time it looks with anticipation to a child to come. 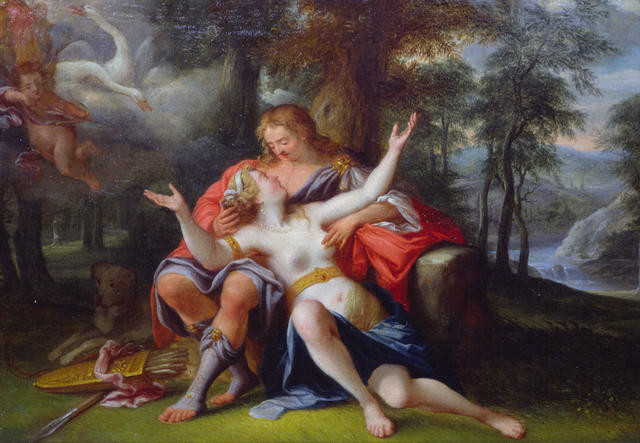 According to legend, Venus fell deeply in love with Adonis after being grazed by Cupid’s arrow. In this work Antoine Coypel depicts her trying to discourage Adonis from going on a hunt for wild boar that, indeed, turns out to be fatal. Coypel has painted this work with meticulous attention to detail. The copper surface allows great control over paint, allowing a smoothness that is difficult to replicate on a canvas support. Coypel’s father, Noël, and brother were also artists. Antoine travelled with his father to Rome in 1672 and began studying under his father and he was to retain a strong Italian element in his work throughout his career. Antoine’s most famous work is the ceiling of the Chapel at Versailles (1708),which was influenced by that in Il Gesù in Rome, painted by Giovanni Gaulli (Baciccio) (1639-1709). Coypel became Director of the Academy in Paris in 1714 and Rector in 1716. That year he was also made a court painter and he was ennobled in 1717.