Always on the lookout for connections between New Zealand and overseas artists, one interesting visitor to our shores was the renowned Irish wood-engraver Robert Gibbings who first visited New Zealand in late 1945.

This was a brief stopover before Gibbings made his extensive tour of Polynesia to gather material for his book Over the Reefs and Far Away which was published in 1948. In 1947 however, after his Pacific tour was completed, he returned to New Zealand and spent six months based at Eastbourne, Wellington where he worked on material for the above book. He formed a firm friendship with the New Zealand artist Russell Clark who drew this caricature of him for the New Zealand Listener and also arranged to update Gibbings wardrobe as he was facing clothing rationing on his return to England. 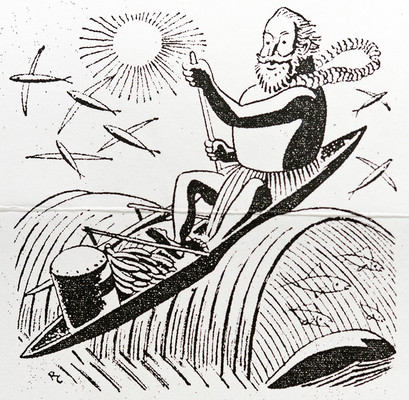 By way of thanks Gibbings returned the favour to Clark by sending him several wood-engravings of his Pacific subjects including this image of a kiwi.

Gibbings was a central figure in the British wood-engraving movement of the 1920s and 1930s and was a founding member of the Society of Wood Engravers in 1919. In 1924 he took over the famous Golden Cockerel Press and the artists he employed to illustrate the Press' books reads like a who's who of British printmakers of the day, the most famous being John Nash, Eric Ravilious, Agnes Miller Parker, Blair Hughes Stanton, John Farleigh, Noel Rooke, John Buckland Wright, Paul Nash, Gibbings himself and most importantly Eric Gill who also designed the Golden Cockerel typeface. Gibbings sold the Press in 1933. 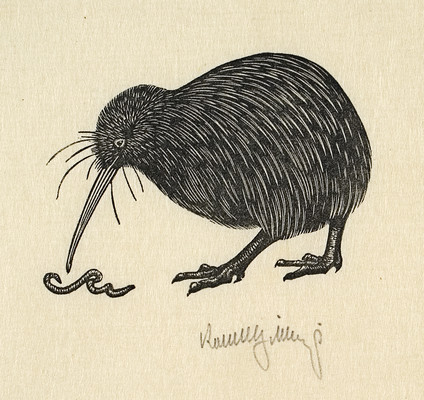 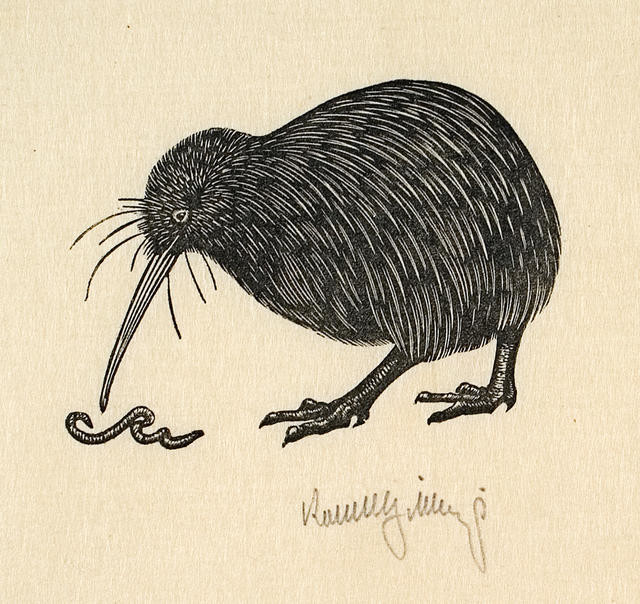