Our thoughts go out to the family of Don Driver, one of New Zealand's most respected artists, who recently passed away.

I remember first coming across his work at the Dunedin Public Art Gallery in Logan Park: an old rusty pram with vivid floppy yellow pipes spewing out of the cradle, it has remained one of my favourite pieces of sculpture. Don became known for his sculptures assembled from everyday objects, often retrieved from the dump. Christchurch Art Gallery's first Driver purchase however was Painted Relief No. II (1972), an entirely different work from Don's early career, a work that I grew to appreciate all the more when viewing it on the collection storage racks alongside Julian Dashper. Julian was one of Don's biggest fans and Painted Relief No. II eventually went on display at Christchurch Art Gallery alongside Julian's drum-kit homage to Don titled 'The Drivers'. 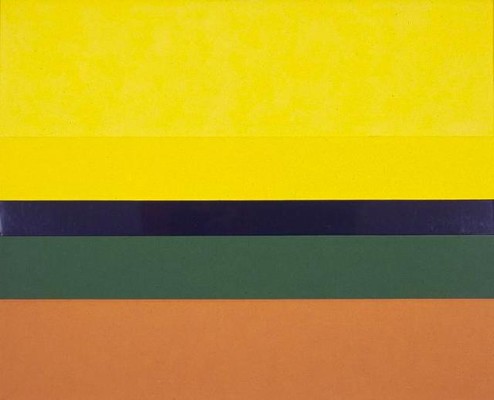 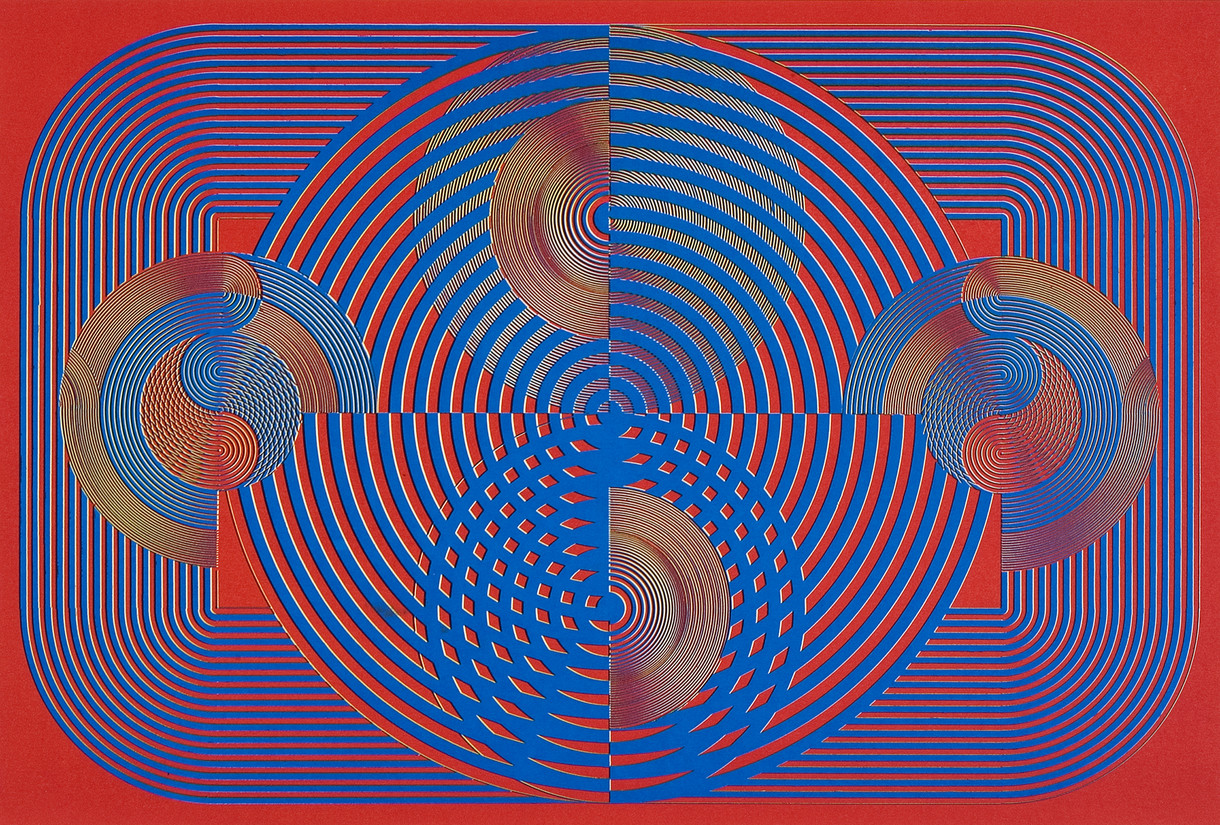 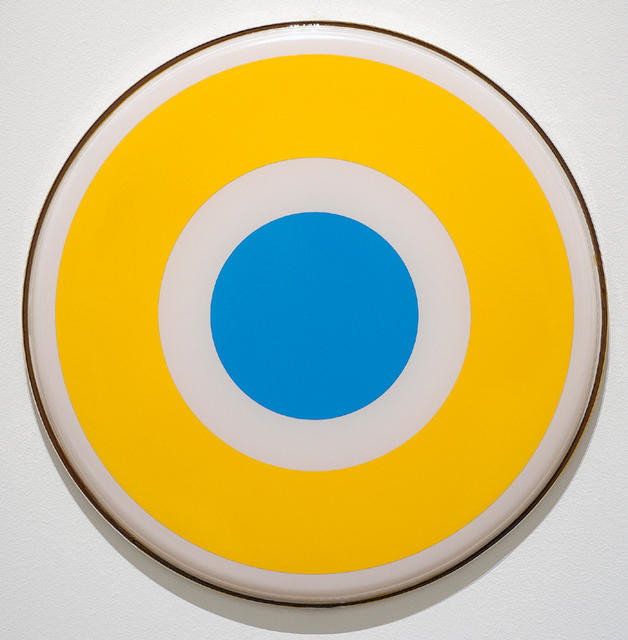 The repurposed drumskin became a signature motif for Auckland-based Julian Dashper, whose conceptual art practice saw him develop an international exhibiting profile in the United States, Australia and Europe, before his untimely death in 2009.

Resonating with the American pop artist Jasper Johns’ 1950s target paintings, Dashper’s drumskin canvases were also made to honour a band of New Zealand’s pioneering modernists. In 1992 The Big Bang Theory saw him assembling full drumkits emblazoned with his heroes’ names: The Anguses, The Hoteres, The Colin McCahons, The Woollastons and The Drivers. 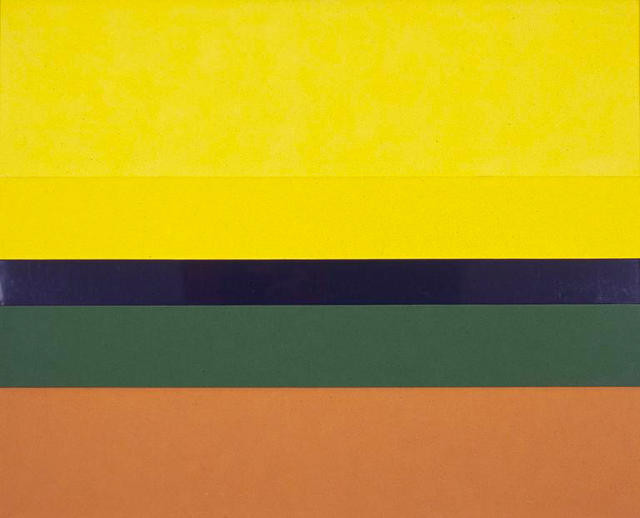 For the exhibition Untitled #1050 (25 November 2017 – 14 October 2018) this work was displayed with the following label: “I try to create tensions between colours, shapes, shadows and reflections to create simplicity and ambiguity. […] I don’t like my painting to be evocative but to be something to be looked at for itself. It is a combination of flat surfaces and colours just nestling against each other.”