September 21 is the International Day of Peace, first celebrated by the United Nations thirty years ago today.

Completed after the end of the Second World War, A Goddess of Mercy expresses Rita Angus's vision of a peaceful future and her belief in the role women could play in averting war. Her contemporary goddess watches over a beautiful, hopeful world, while the melting snow, ploughed fields and yellow crocus herald the arrival of spring and the possibility of new beginnings. 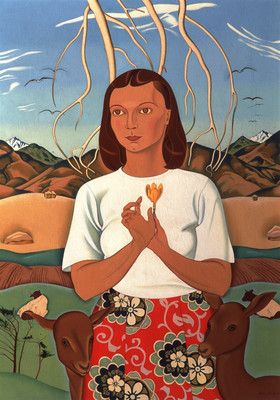 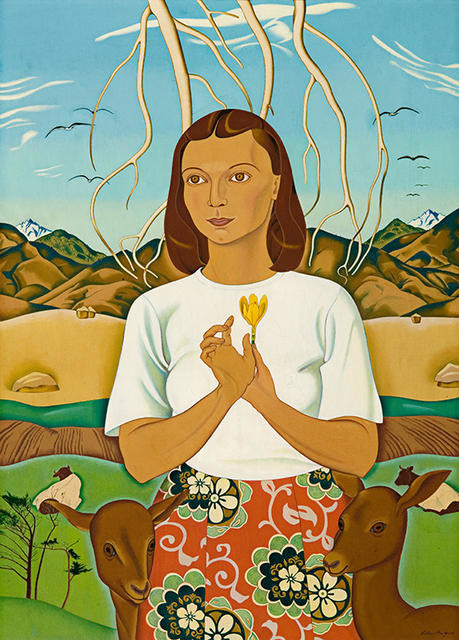 Rita Angus A Goddess Of Mercy

The Canterbury landscape was violently shaken by the sequence of earthquakes that began in the dead of night on 4 September 2010. Parts of the vast Canterbury Plains, including the reclaimed swampland that Christchurch was built on, were literally ripped apart, while many of the volcanic outcrops and cliff faces on Banks Peninsula shattered and fell. Memories of those scenes provide a stark contrast to the serene, idealised Canterbury landscape watched over here by Rita Angus's A Goddess of Mercy, with its green and golden pastures, ploughed fields and foothills extending to the mountains beyond. Radiating peace, order and oneness with the landscape, it offers a reassuring vision after the uncertainty, stress and loss of living through the earthquakes.