A high-quality reproduction of an original oil painting by artist Meindert Hobbema. 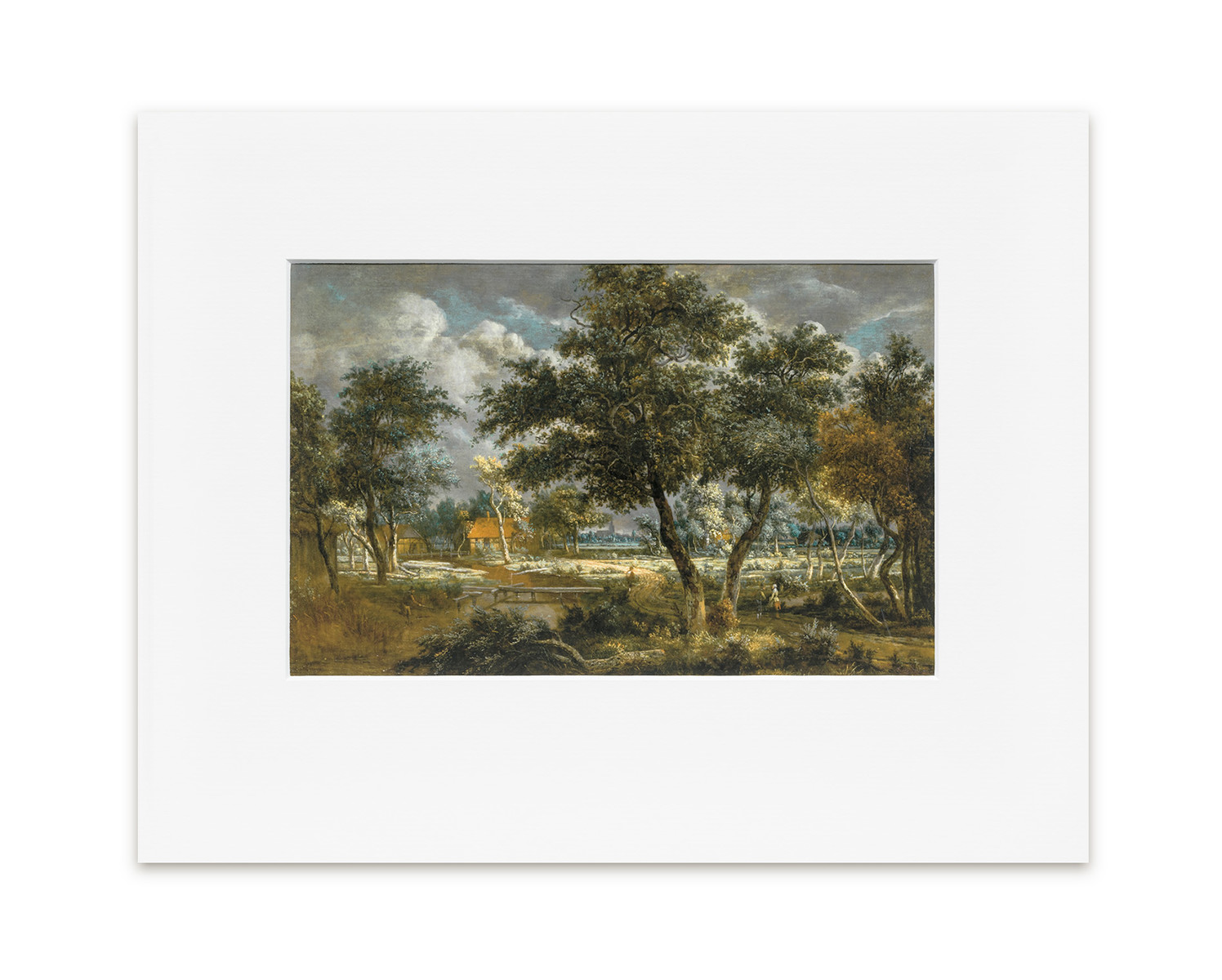 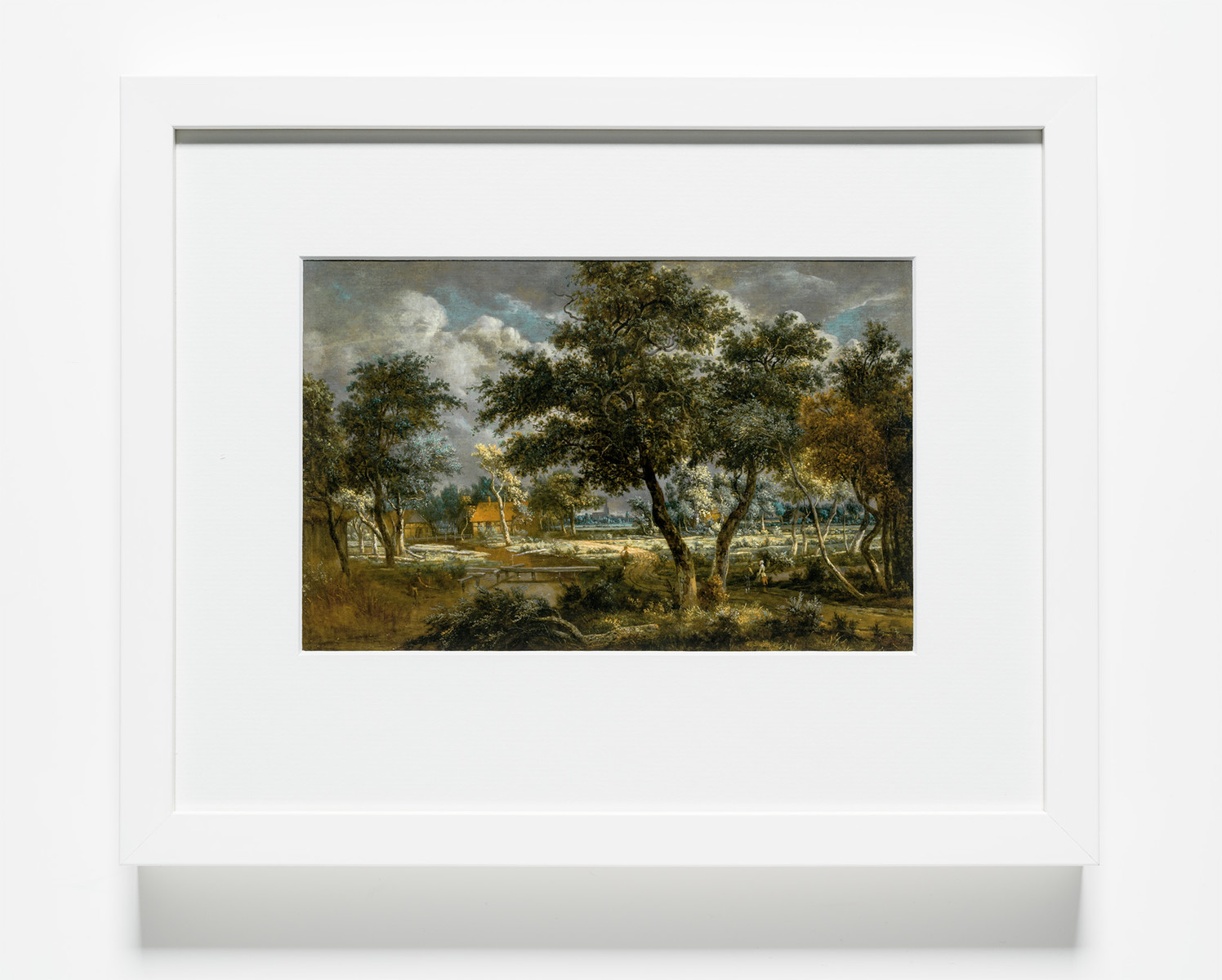 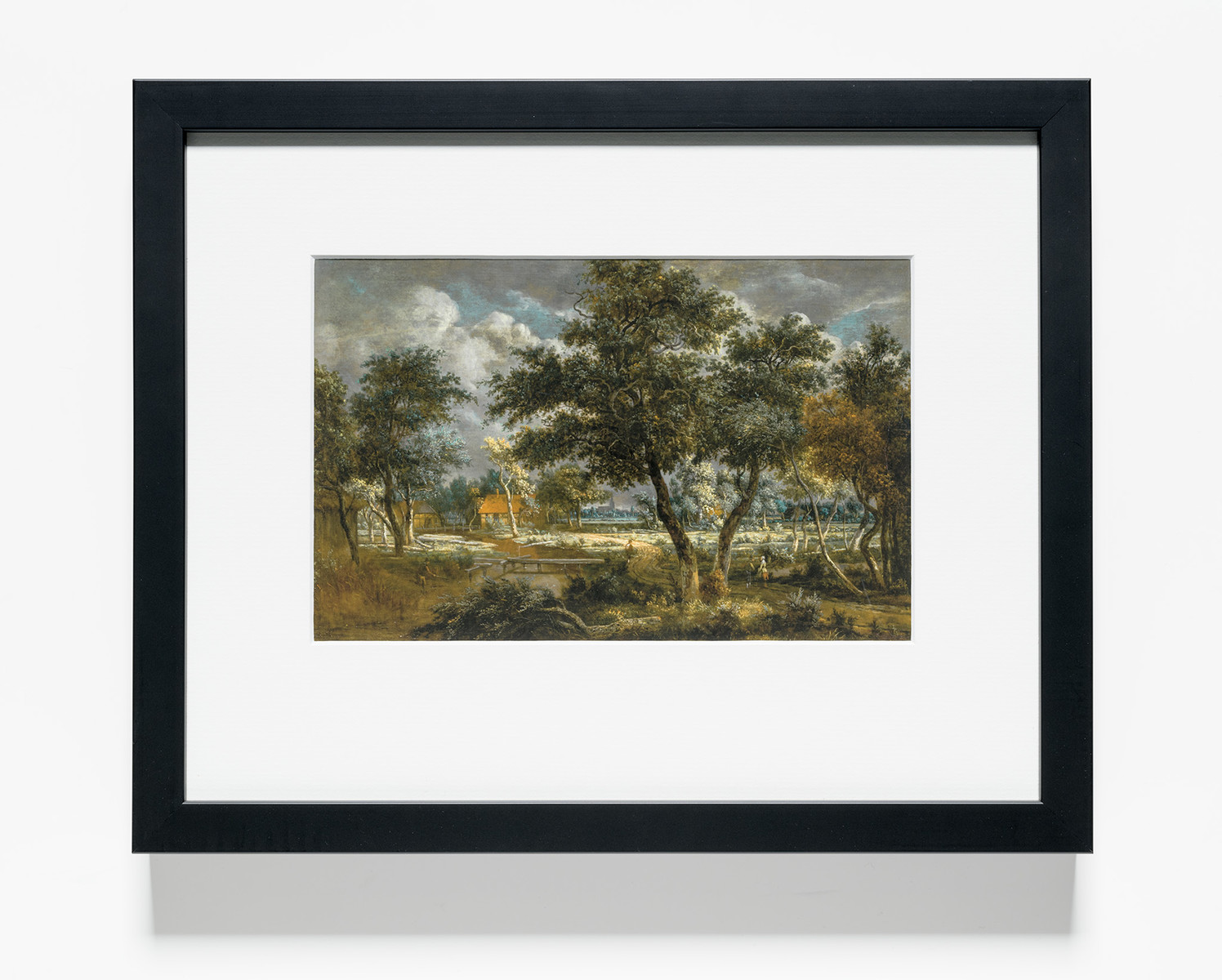 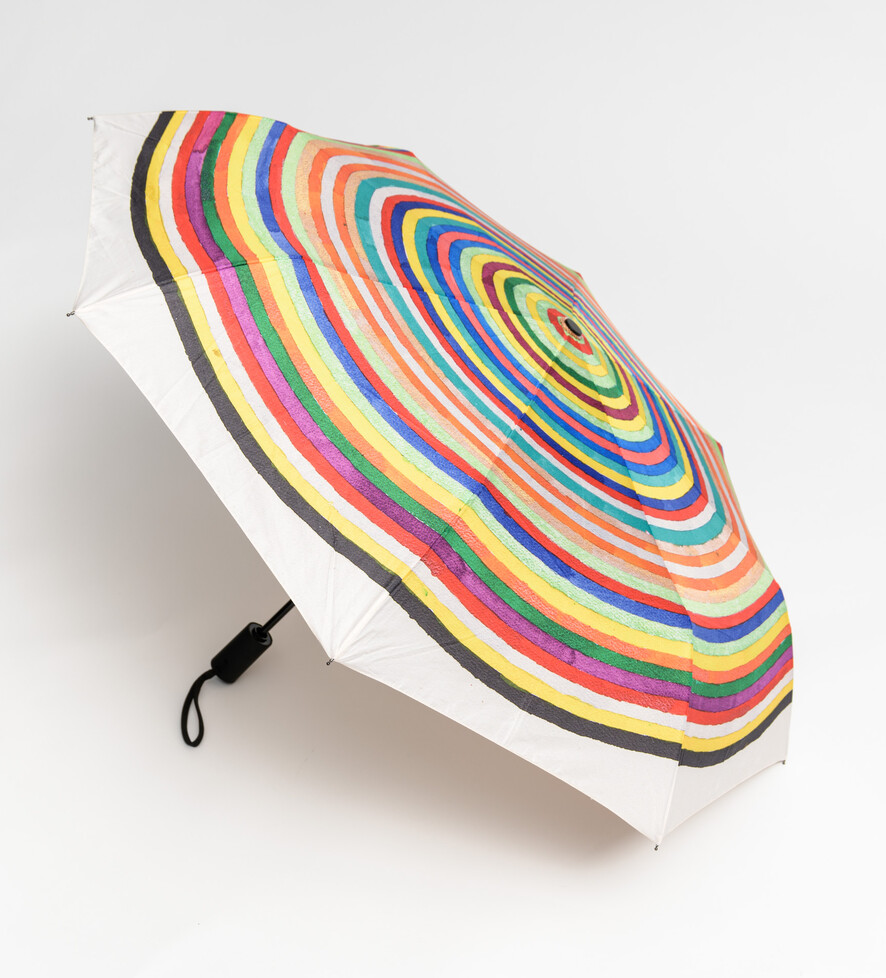 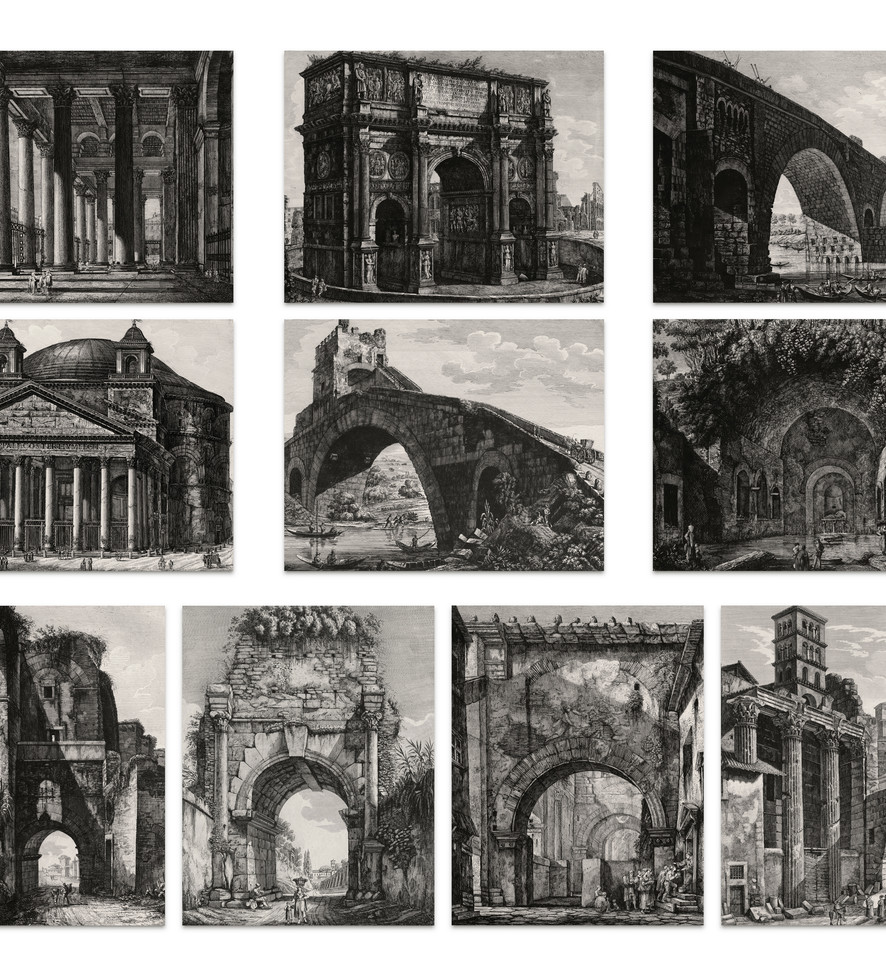 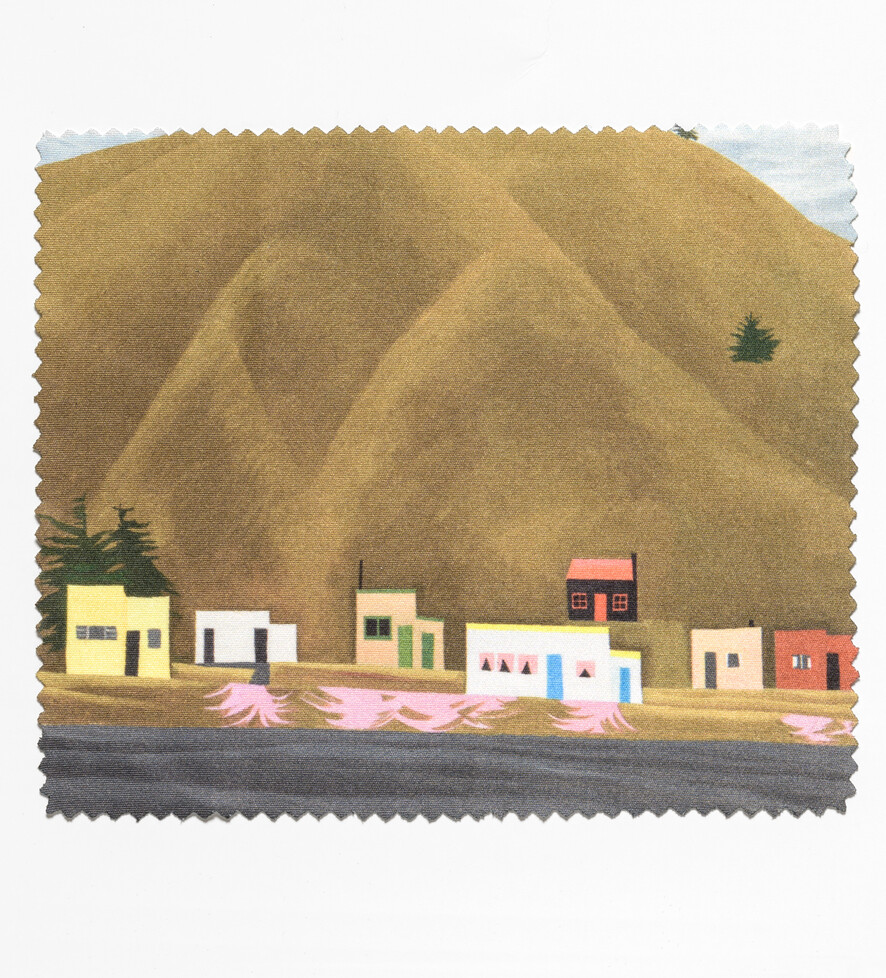 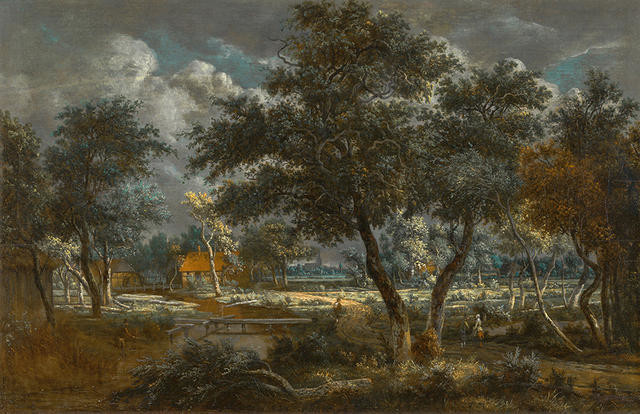 At around the age of seventeen, the orphaned Meindert Hobbema met Jacob van Ruisdael, an artist considered the pre-eminent landscape painter of the Dutch Golden Age, who would teach him how to become an artist. Painted around ten years later, A Wooded Landscape with Peasants on a Path and an Angler at a Stream shows Hobbema proceeding on his own merit and demonstrating his own style. The lowered horizon line creates a big sky, which is animated by rolling clouds in silvery blues, greys and bright whites. Their forms are continued in the treetops and knotted branches that frame and obscure the scene, which recedes almost endlessly into the distance, to reveal fields flooded by sunlight and the understated silhouette of a church.