Featuring works by seven of New Zealand's leading contemporary painters, Skywriters and Earthmovers celebrates the tenth anniversary of the McDougall Contemporary Art Annex by illustrating a stylistic thread running through the work of a number of Canterbury-trained artists. Spanning a diverse range of subjects, these paintings suspend objects from a personal or cultural iconography within a field or veil of monochromatic colour. The effects of gravity and scale are distorted, creating an undefined, disconcerting compositional space with a surreal, theatrical quality.

Bill Hammond sets his primeval 'birdscapes' within an alien and unfamiliar environment. Alternating between sleek menace and familial tenderness, his 'man-birds' symbolise the strength and vulnerability of nature, and are often depicted witnessing the approach (or bearing the effects) of newcomers to their territory. A similar climate of trepidation is achieved by Grant Takle, whose surreal silvery landscapes, punctuated with the accoutrements of colonialism, tear and split under the pressure of conflicting ownership claims.

In Peter Robinson's new Big Bang paintings, tiny symbols and phrases from popular culture are propelled across otherwise empty black and white canvasses. Confronted by Robinson's oblique and often cynical messages, the viewer must play a pictorial version of word association, forming the diversely sourced iconography into an understandable narrative which is necessarily coloured by their own memories and experience.

Shane Cotton employs a painting style inspired by post-European Māori art to manufacture an uneasy mixture of present and past. Cotton's latest works show strangely scaled structures within insecure spaces; a reference to the shifting boundaries within a habitat of change. Chris Heaphy's paintings are also dominated by motifs taken from New Zealand's history. Mining sources as diverse as Māori rock paintings and present day road markings, Heaphy presents these symbols in an ambiguous way; suggesting that their significance in our cultural history is undergoing continual change.

The paintings of Séraphine Pick reveal a distinctive repertoire of objects accumulated from memory, experience and imagination. Her figures and objects play out random narratives amiSéraphinedst backgrounds that often threaten to envelop them, duplicating the erasing effect of memory on time. Pick uses words and phrases in a diaristic fashion, sounding out internal monologues and streams of consciousness. 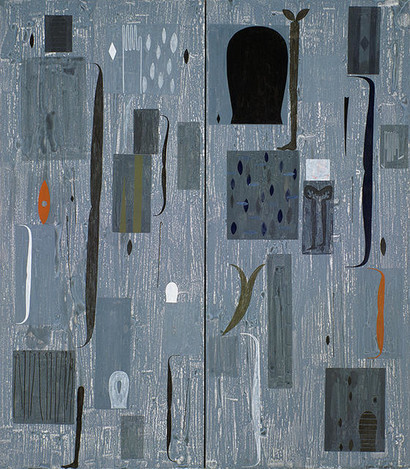 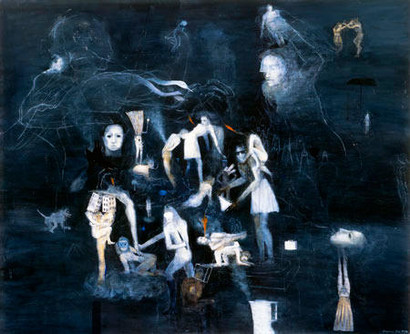 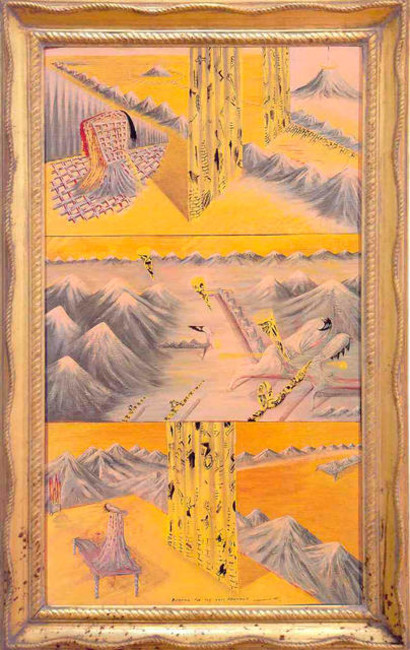 Heading for the Last Roundup