The artistic concept for Ears to the Ground evolved from Nancy de Freitas' ongoing interest in dance, particularly contemporary dance theatre, a passion which originated with de Freitas' own involvement in dance as a young woman. In this new work she has collaborated with Maryjane O'Reilly, choreographer; Maggie Burke, dance teacher; and Raewyn White, dance commentator; with contributions from Lyz Kirk, dancer; and Katherine Neil, composer.

The ideas which culminated in this installation were inspired by the dance production Dust in the Air, first performed in 1994 at the now-closed Galaxy Theatre, Old Customs House, Auckland. It was choreographed by Mary Jane O'Reilly to an original score by Jonathon Besser and was re-worked for a series of performances at the Maidment Theatre Auckland, in 1996. With permission from the choreographer, de Freitas has selected small fragments of the dance sequences and used them to create an entirely new event, a different picture of the experience of the dance.

The installation consists of three parts or movements/translations. The first movement is a series of sequenced still images which present aspects of movement barely perceptible in real time. The second movement is a ten minute audio track which contains the actual voices of the choreographer, one of the dancers, the critic/commentator and the artist as audience. The third movement consists of drawings made to human scale which are based on accurate labanotations of the selected choreographed fragments that are projected on the centre wall of the gallery.

This audio-visual installation explores the structural interrelationships which exist in the creation, performance and appreciation of the dance. The artist says, "In all art forms there is a relationship between the observer and the artefact, but nowhere is this relationship so complex and so potentially symbiotic as in the observation of performance." De Freitas has unravelled the smooth surface of the performance to search for the structure, the asymmetry and the moments of clarity. She is working to pull out the essence beneath the dance or to find something frequently unobserved within.

Nancy de Freitas is an Auckland artist whose work has consistently involved investigations of the human form and the nature of human existence. She did her undergraduate studies at the Ontario College of Art and completed her MFA at the University of Auckland. She is currently a senior lecturer at the school of art and design at the Auckland Institute of Technology. 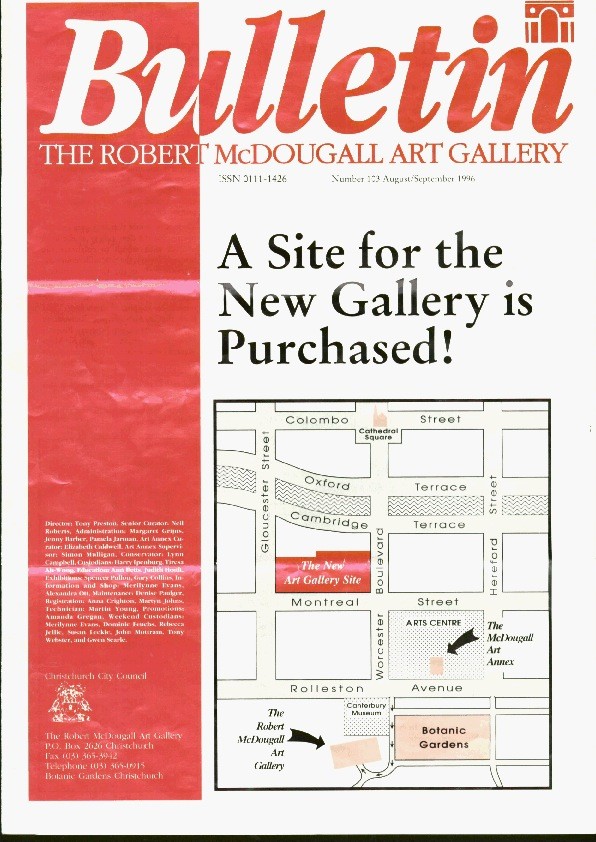