This exhibition of works by Jeffrey Harris (1949-) included the painting Two Figures (1987) and a suite of twelve aquatints which were produced in collaboration with John Loane, the Melbourne master printer whom Harris met during his Prahan residency in 1986. These works were acquired by the Robert McDougall Art Gallery in the same year.

Jeffrey Harris was born in Akaroa in 1949 and grew up on Banks Peninsula. Largely self-taught, he began exhibiting in 1969 with a one-man show in the Otago Museum foyer and has exhibited widely since. He was Frances Hodgkins Fellow in 1977 and was artist in residence at Victoria College, Melbourne in 1986. Harris is represented in all New Zealand's major public collections. 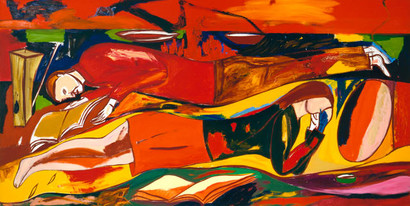 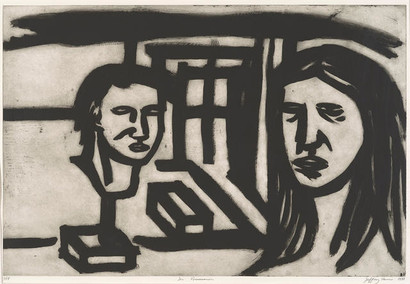 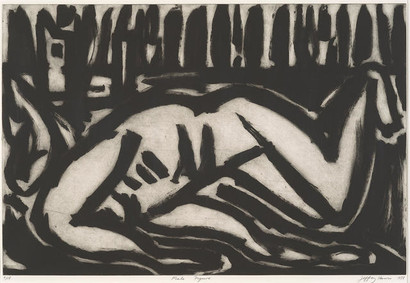 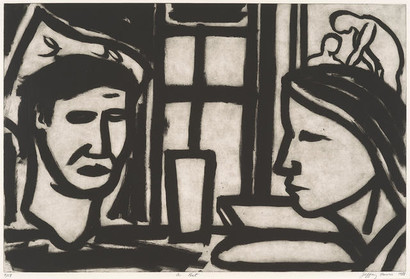 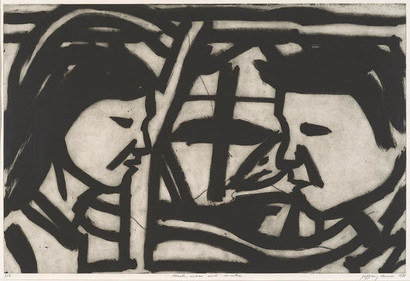 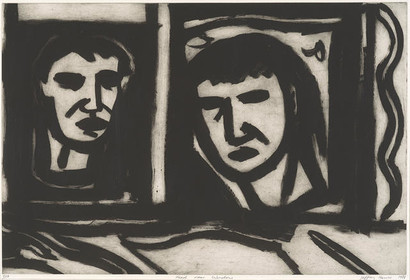 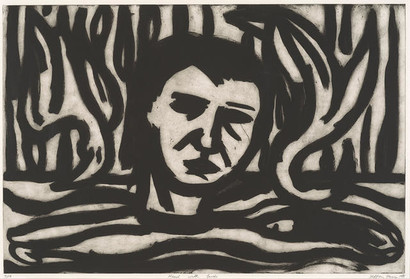 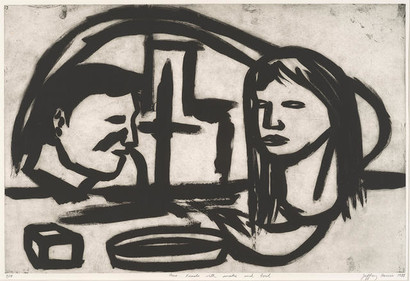 Two Heads With Snake And Bowl 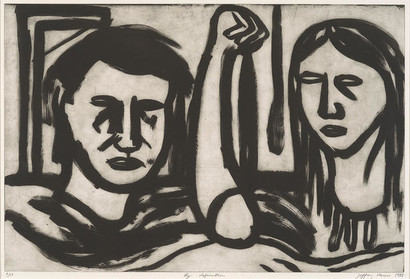 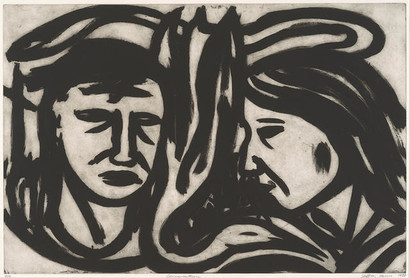 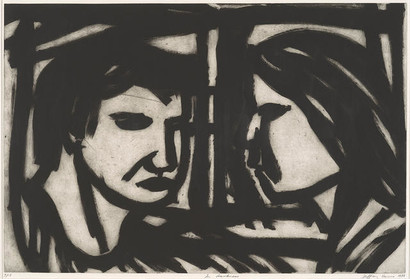 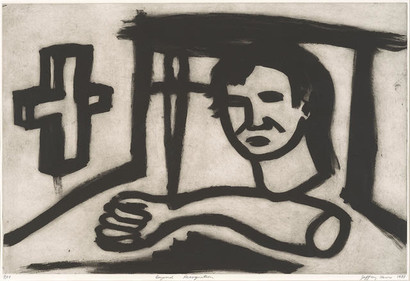 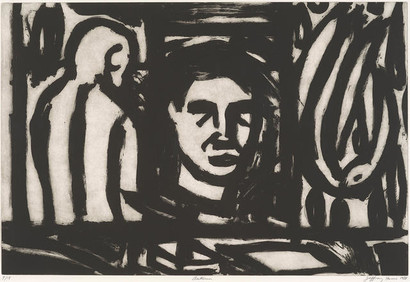 A unique journey through the extraordinary career of Jeffrey Harris.