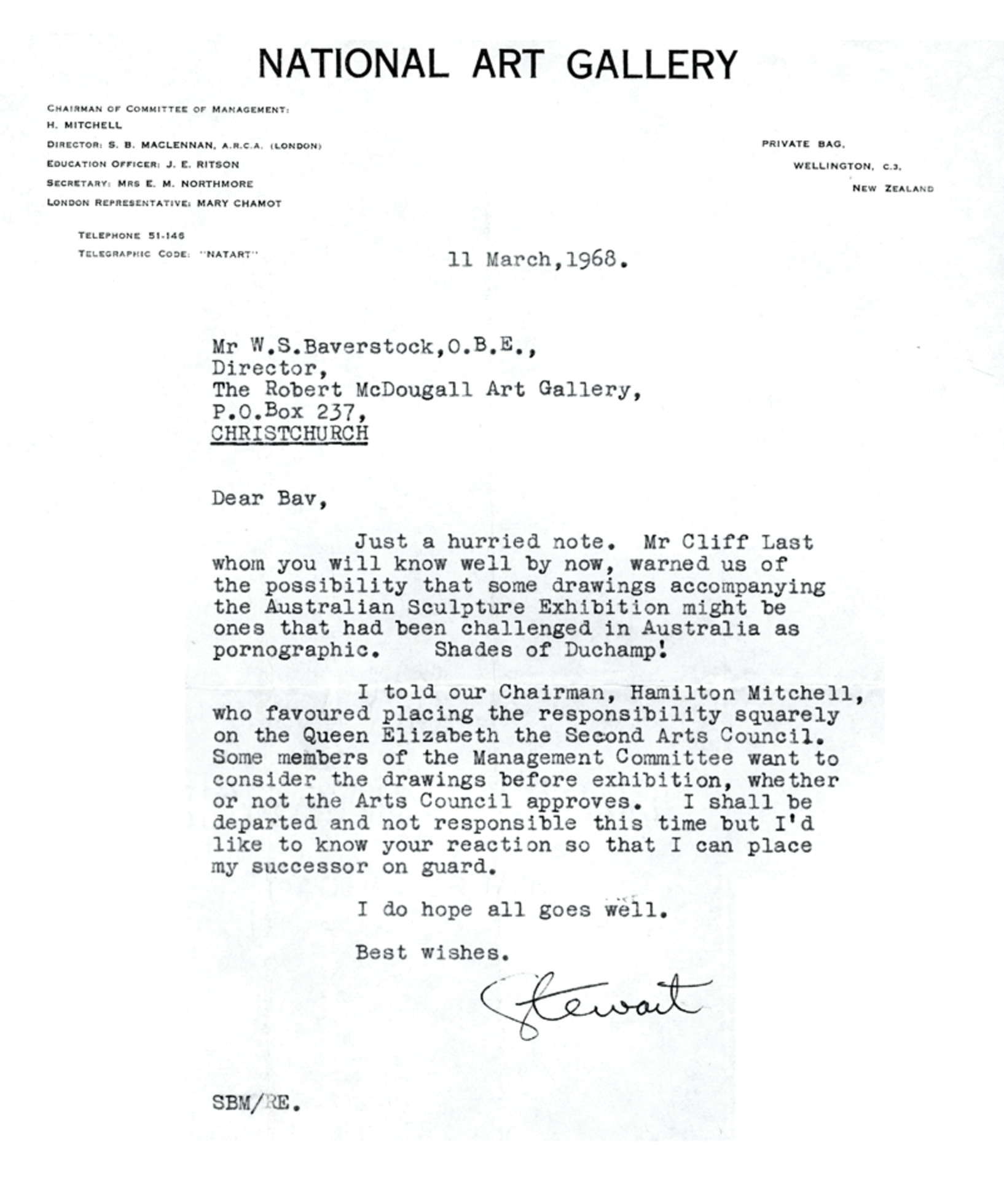 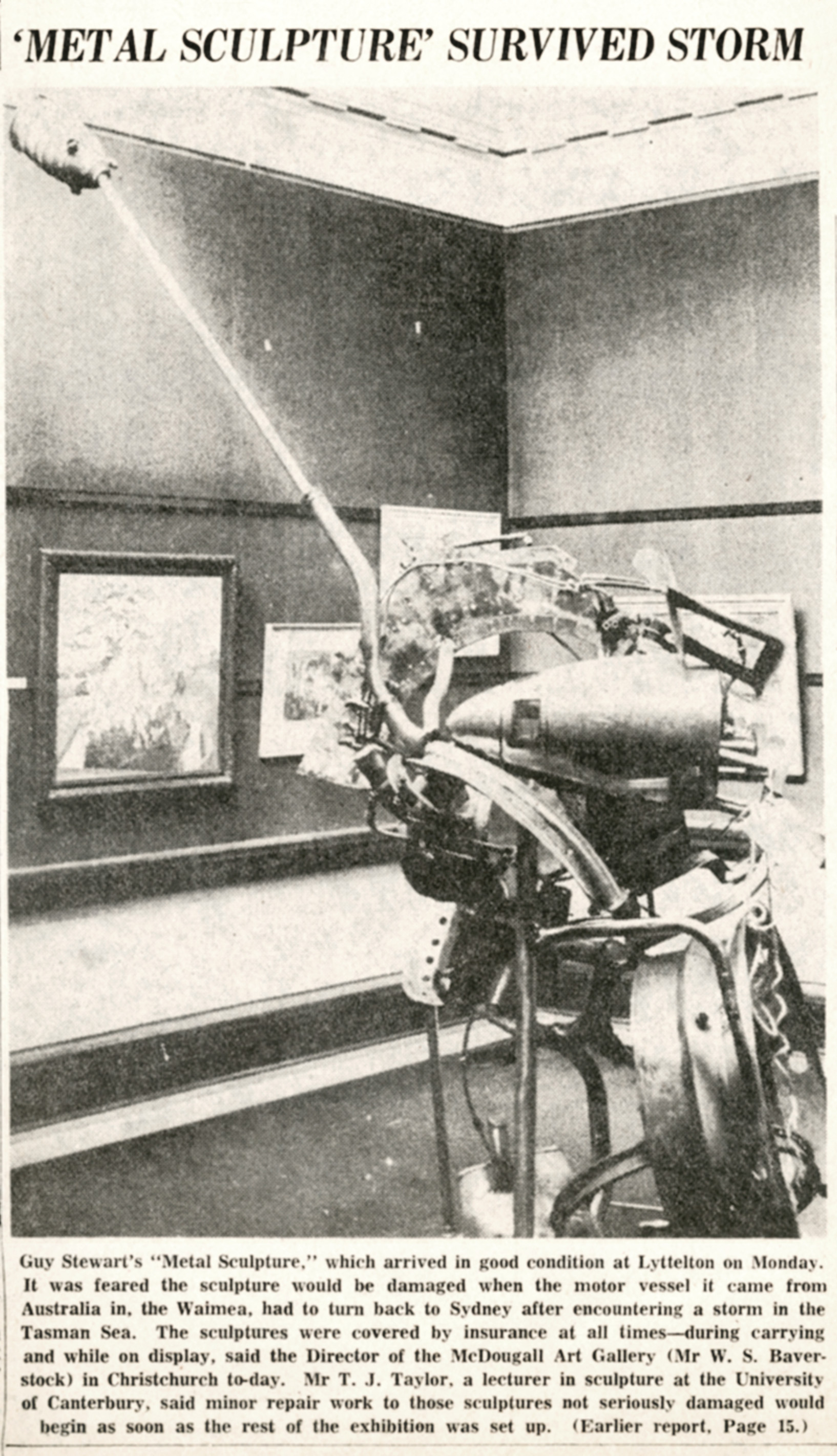 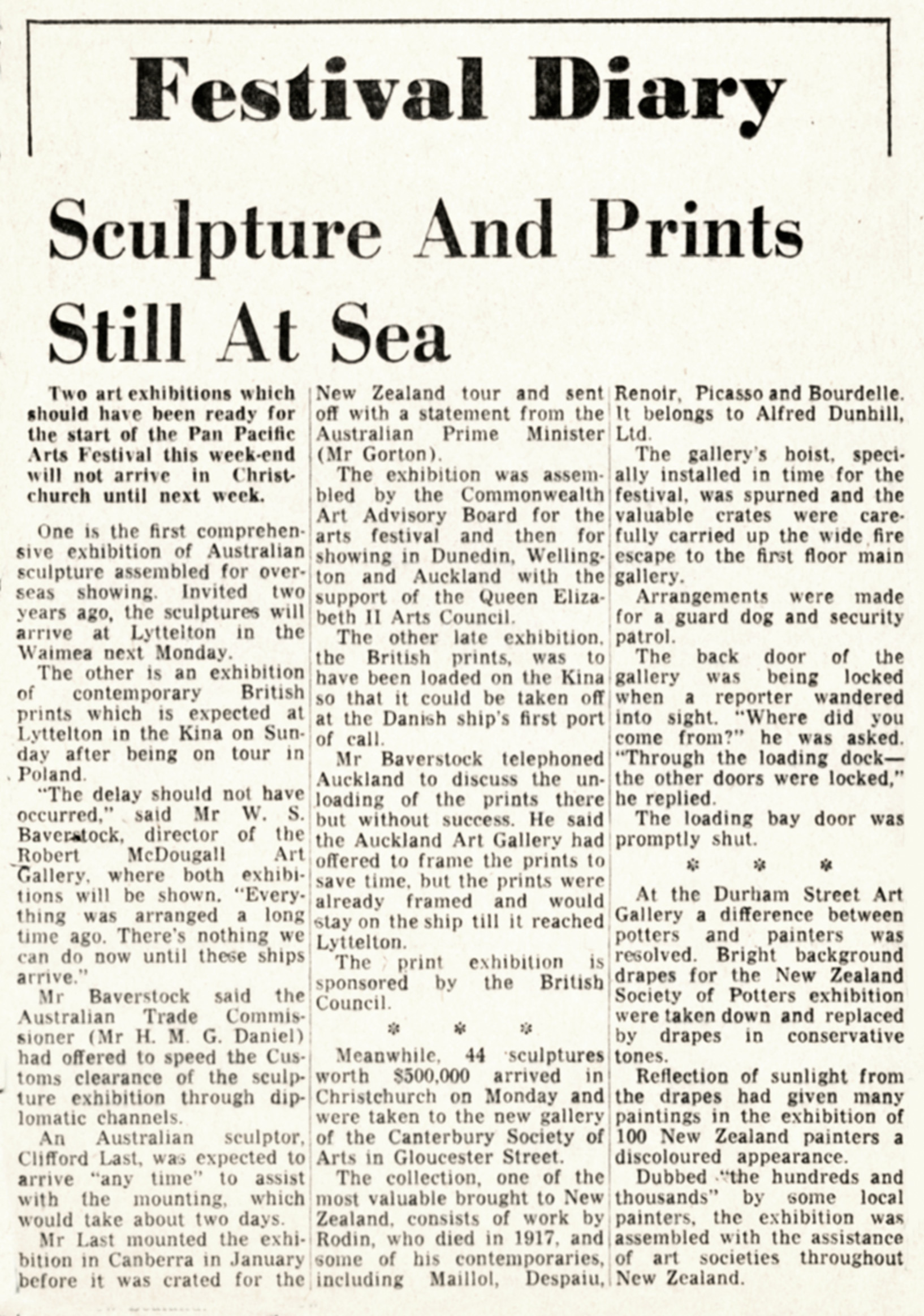 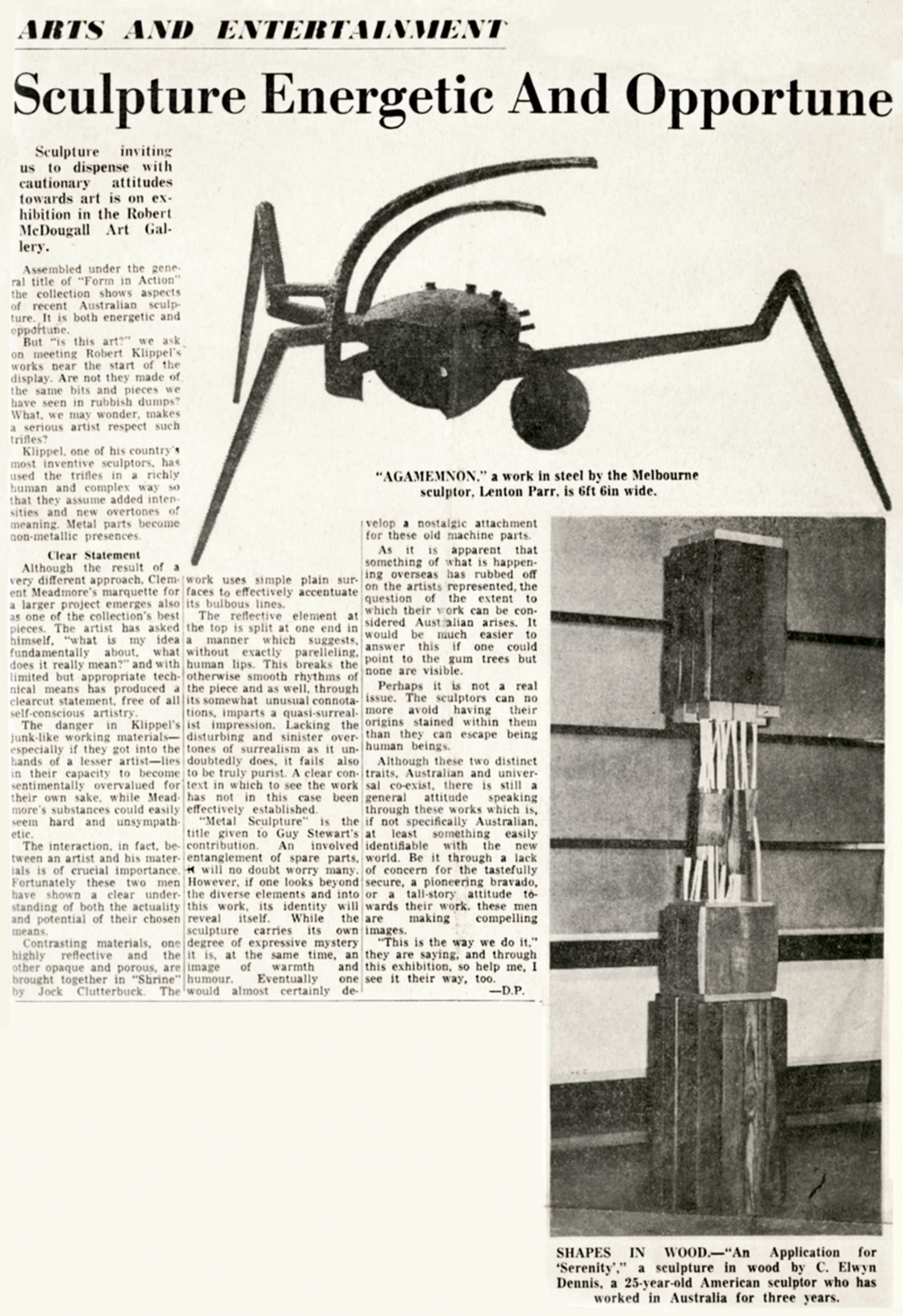 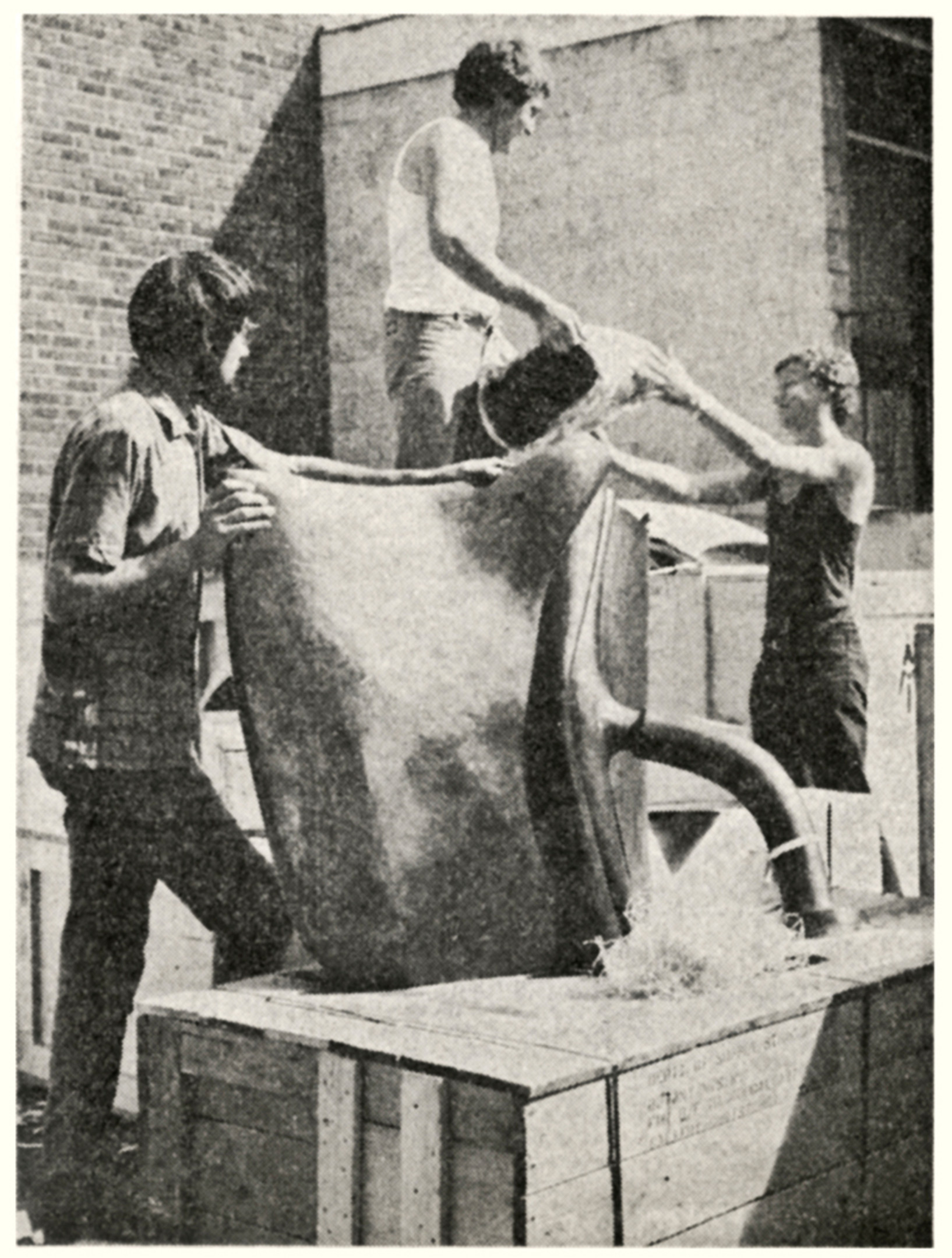 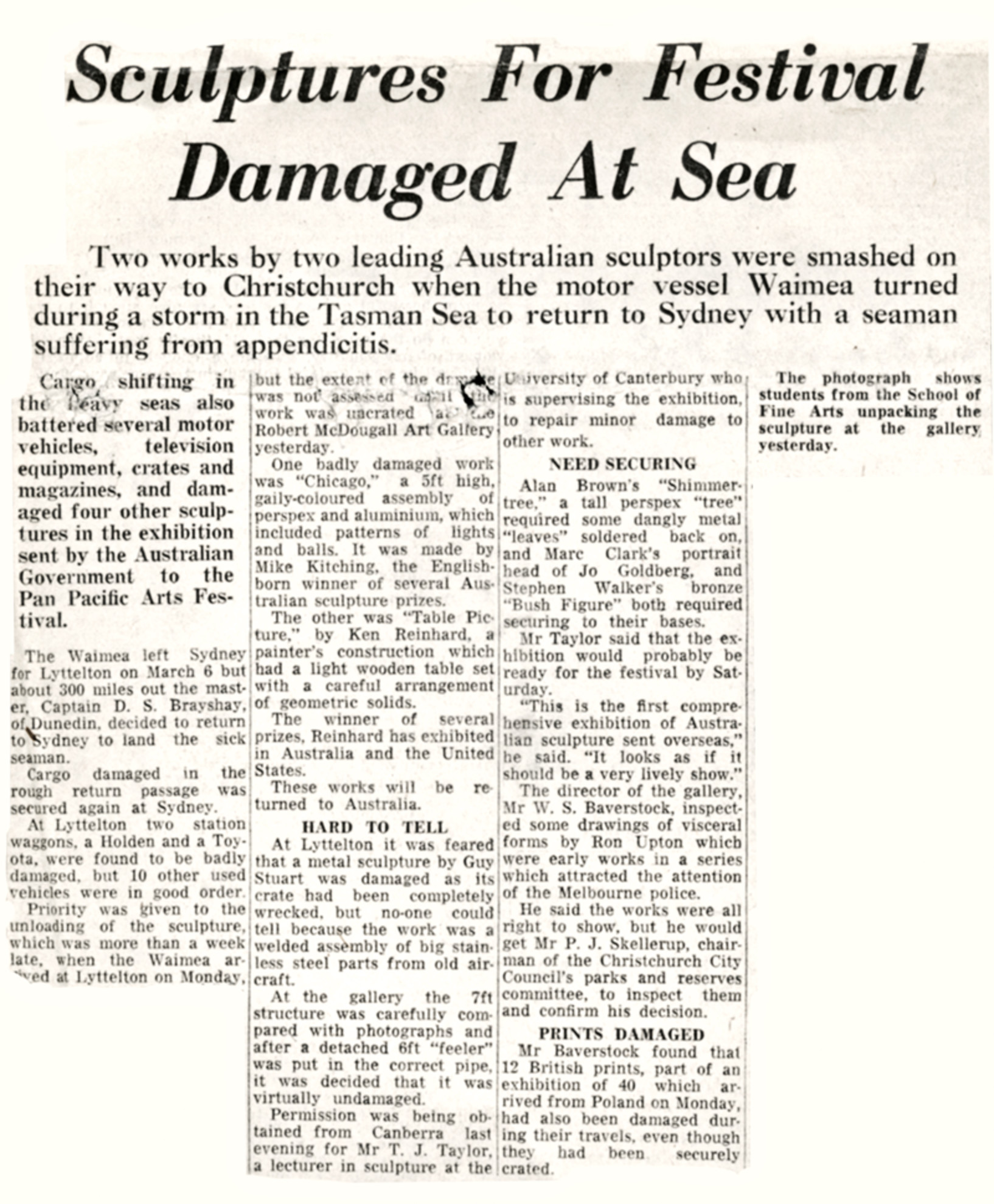 This exhibition was the first of Australian sculpture to be sent overseas and included 40 works as well as a number of sketches and photographs of recent public sculpture. The exhibition was delayed by a week when the vessel in which it was travelling had to turn back because one of the crew was sick, so it was shown outside the official period of the Pan Pacific Arts Festival. An Australian sculptor, Clifford Last, assisted with the mounting of the exhibition.

In reviewing the show, artist Don Peebles said the images were compelling.

Tom Taylor, Senior Lectuerer in Sculpture at the University of Canterbury gave an illustrated lecture on Friday Arpril 5, 1968.