Art and Organised Labour is the first major thematic survey of New Zealand working class art to examine complex issues of cultural identity. This exhibition from the Wellington City Art Gallery testifies to their commitment to explore the nature and diversity of contemporary visual art issues.

Art and Organised Labour has developed around two overlapping concepts of historical moment and identity. The first deals with art and imagery created in response to major historical events in the labour movement in New Zealand – often as a result of protest and struggle.

The other category, identity, explores mages produced initially by organised labour and union groups. It represents the ideals and aspirations of the working class. But identity also incorporates art and imagery produced from outside the labour movement–from media, advertising, cartoons, films, paintings and sculpture.

"The exhibition examines the way the image of the working class has built up and how the labour movement has been depicted" said Curator Greg Burke. "This is not an historical show but it is essential to look at certain historical events which affected collective consciousness. These events drove imagery and imagery comes out of moments of struggle and urgency."

Frequently the imagery of the union movement was mass produced–photographs, posters or cartoons. They were not made for aesthetic reasons but designed as tools to convey a message. 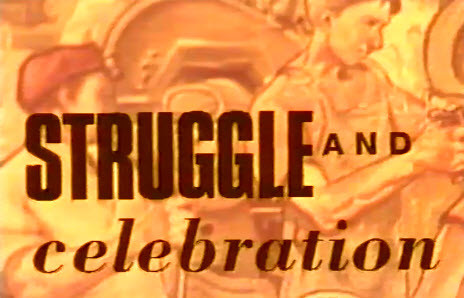 A Learning Media film created in conjunction with the 1992 exhibition 'Art and organised labour'. 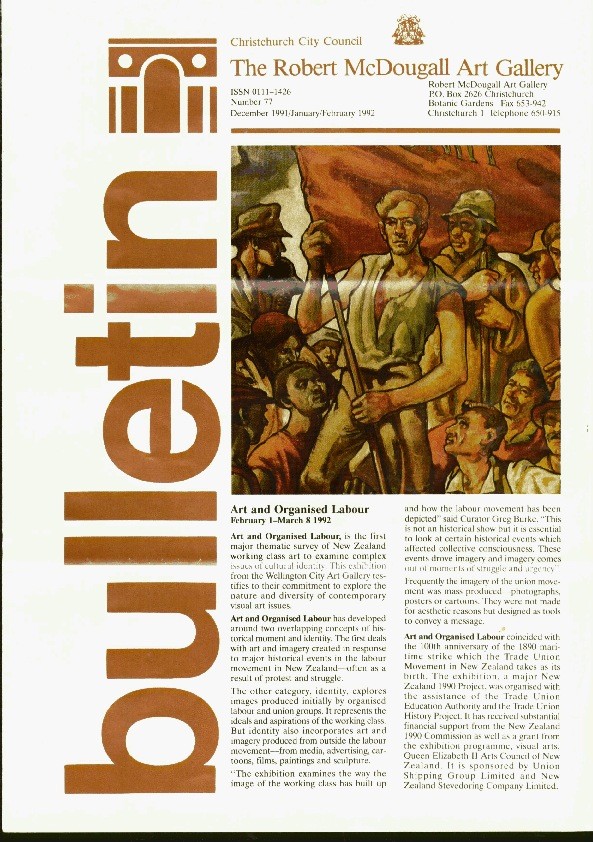