Kaitiaki is the Mâori word for a guardian, responsible for looking after people or places. The cloak shape John Bevan Ford has carved on this figure is an important element in conveying that sense of presence and protection. The use of carving and weaving techniques within drawings and paintings is now a common feature in Mâori art. In the 1960s, however, Ford was a pioneer in this regard. Born in Christchurch, Ford is one of a group of Mâori artists who emerged as art educators in the late 1950s. Since 1988 he has worked as a fulltime artist. In 1987 Ford visited London and studied Mâori collections held in museums, an experience that had a major impact on his work. In 1995 he was invited to lecture and show work from his Pacific Rim series at the Metropolitan Museum of Art, New York, and at the British Museum, becoming the first New Zealander to receive such an invitation. In 1998 Ford was artist in residence at the British Museum. 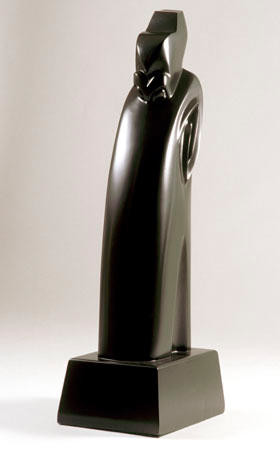 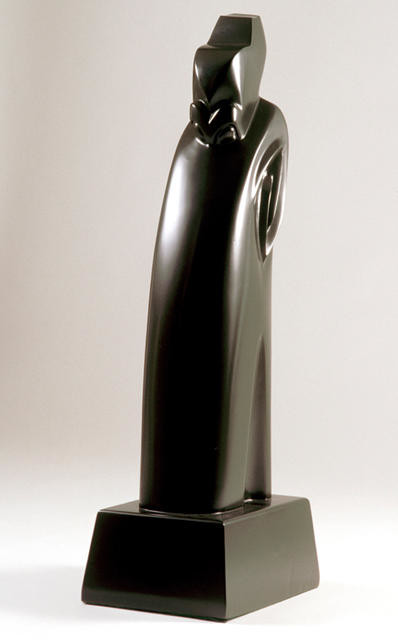