Born Eva Freeman in Christchurch in 1885, Eva Lucas attended the Canterbury College School of Art between 1903 and 1907, where she received first class awards for her drawings from life and the antique. She illustrated a 1904 article by Robert M. Laing (BSc) on New Zealand Ceramiaceae (algae) for the journal of the New Zealand Institute and she was awarded a silver medal for drawing and painting at the 1906-7 New Zealand International Exhibition, which was held in Christchurch's Hagley Park. This medal is held in the CAG archive along with one of her sketchbooks and, interestingly, Lucas never had it inscribed with her name. It is rumoured that this was because many people believed her work deserved to win the gold medal. She was encouraged to query the decision with the judge, who is said to have defended the decision with the response: "Because I hate clever women!". Lucas later exhibited with the Canterbury Society of Arts, the Auckland Society of Arts and the Academy of Fine Arts.

In 1923, Lucas moved to Melbourne with her daughter and Australian-born husband Walter, living in both Sydney and Brisbane before returning to Melbourne, where she died in 1973. In addition to her drawing and painting talents, she was skilled in copperwork, leatherwork, beading and pokerwork (the art of making pictures or patterns on wood using a series of deep grooves made by heated pokers).

Lucas worked as a commercial artist in Australia between 1930 and 1950 and from the late 1940s sculpted ceramic works, which she glazed and fired herself. She is recorded as a finalist in the Art Gallery of New South Wales' Archibald Prize in 1940, for a work titled Portrait.

Acquired by the Gallery in 1995, this painting is, in many ways, a conventional 'head and shoulders' portrait. The artist's assessment – of herself, of her audience – is personal, yet poised. That direct, measuring gaze and the determined set of her mouth suggest, perhaps, something of the tenacity and self-belief required for a female artist of her time to have developed and sustained a creative career. 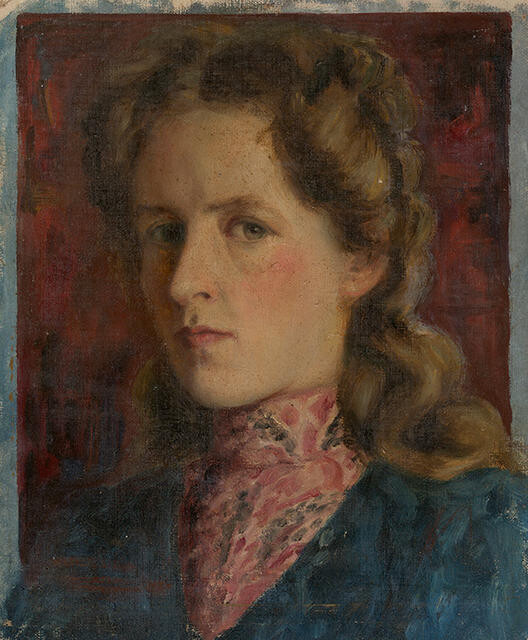 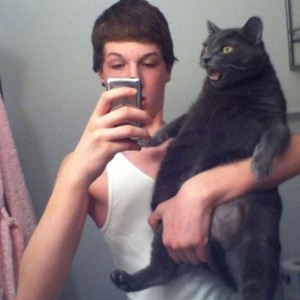 This Aussie-coined expression was recently named word of the year, but the notion's pretty old hat round here.