The early days of European settlement in Christchurch, and the town’s later development, is the time being ‘tabled’ in this work. As well as the four panels that can be seen, there is a sense that the hidden panels show different eras, or other sides to the story. The small figures carved underneath the tabletop represent prominent people in Christchurch’s early history and the area’s pre-European history is represented by botanical designs on the table’s legs. William Dunning’s use of black and white and the cracked marble surface of the table emphasise a sense of the past and the distance of that early history from our moving, technicolour present. Dunning was born in 1959, graduated from the University of Canterbury in 1983 and completed post-graduate studies at the Victoria College of Art, Melbourne, in 1985. That year he also won the Sir Russell Drysdale Memorial Drawing Prize. He has participated in numerous exhibitions in New Zealand and Australia since 1985 and currently lives in Christchurch. 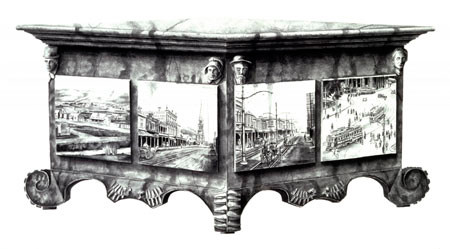 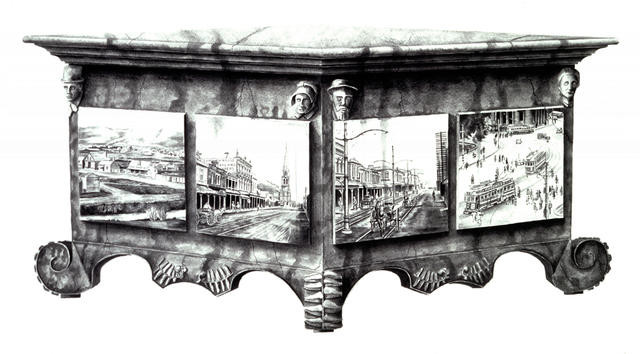