London-based Charles Haslewood Shannon established his reputation with dreamlike figure studies in paintings and drawings and in lithographs such as this, which was lyrically described in 1901 as a "design of exquisite ministrations in a temple filled with sunlight, with the flicker of doves' wings, the vibrations of music, the rhythm of fair human movement..." Made during a period when lithography was being revived as a fine art, this work brought Shannon to the fore at an 1895 exhibition of lithographs held by a private London dealer gallery. He was in exalted company: James McNeill Whistler, Frederic Leighton, George Frederic Watts, Lawrence Alma-Tadema, George Calusen and Odilon Redon. The Ministrants was, said a reivewer, "among the most beautiful lithographs in the gallery...Mr Shannon...more than any artist represented has made the uttermost of lithography - that is to say, it would be difficult to imagine the result procured by any other means." 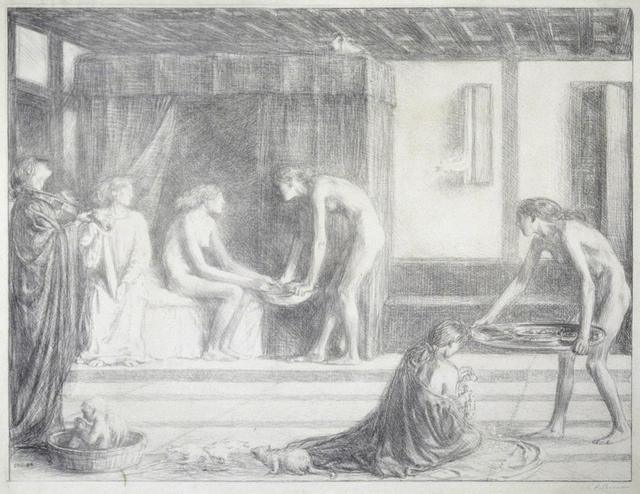