One of New Zealand’s best-known expatriate artists, Sydney Lough Thompson first left New Zealand in 1900 to study in Paris. His visit to the small fishing village of Concarneau in Brittany in 1902 had a profound and lifelong impact on his career. At Concarneau, Thompson found the ideal location to raise a family while developing his artistic practice. For the remainder of his life he divided his time between New Zealand and Concarneau, and numerous expatriate artists from New Zealand would make the pilgrimage to Concarneau to visit him, including Olivia Spencer Bower, Frances Hodgkins, Maud Sherwood, Archibald Nicoll, Flora Scales, Cora Wilding and Rhona Haszard. Thompson developed an expressive style of painting through the use of thickly applied paint and a brightly coloured palette. His work proved extremely popular in New Zealand, with Olivia Spencer Bower commenting on his exhibition in Christchurch in 1924 that: ‘Everyone took notice; he’d brought more colour than had been in the place. … He gave impetus to the local art world and one noticed from that time a bold change in the colour of local artists.’ (Brought to Light, November 2009) 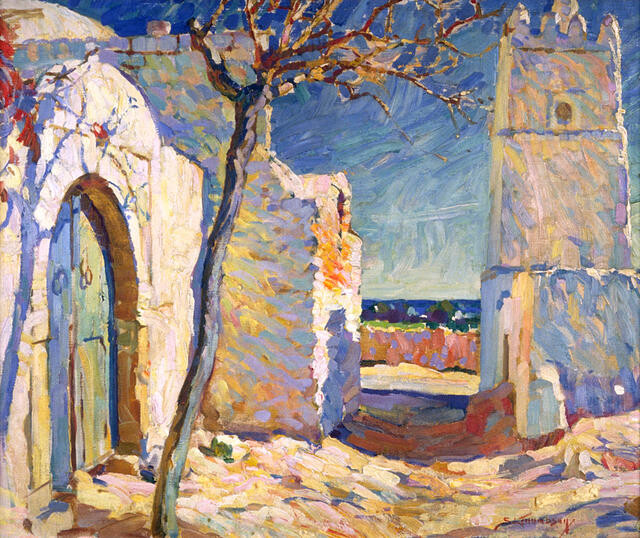