Known for his vividly coloured paintings, Patrick Hanly also regularly produced prints throughout his career. He initially worked with etchings and monoprints, but by the late 1960s he had begun to explore the possibilities offered by screenprinting, a medium which he continued to work with for the remainder of his career. During the 1980s Hanly began using lithography, which proved ideal for his painterly approach. Through these two print mediums he was able to readily interpret and explore the subjects and the loose, free approach that he employed in his paintings.

Hanly graduated in painting from the University of Canterbury School of Fine Arts in 1956 and also studied painting at the Chelsea School of Art, London in 1957. Throughout the 1960s he developed in his paintings the highly coloured, abstract manner that he embraced and expanded on throughout the remainder of his career. 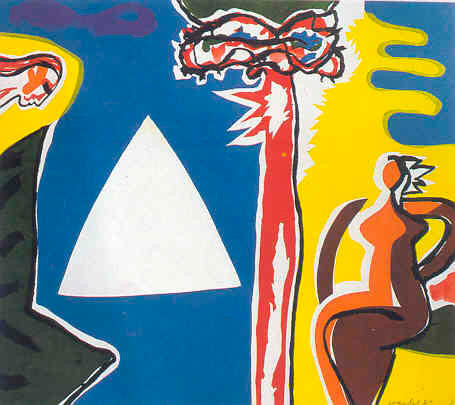