The rauponga is a traditional design found in Māori carving, made up of pākati or dog-tooth notches with, on each side, haehae or parallel grooves and raumoa or ridges holding the pākati within. The number of rows of haehae and raumoa varies. Often used to adorn the body of carvings, or occupy space in a carving, the rauponga design is usually rich in detail. Gordon Walters has sought the essence of rauponga and expressed this in the simplest form possible. The forms we see here are not really rauponga at all, but spaces where rauponga once was. What Walters has maintained is a sense of the visual rhythm and energy of the traditional form in an eye-pleasing arrangement. Colour is used to activate a sense of space as the blacks are pushed to the front, and the light earth tones occupy forward and background space while alerting the eye to some harmonious and compelling moments. The overall feeling is lyrical, light and harmonious as the eye is offered a satisfying sense of rhythm and space. Walters’ use of Māori design has, in the past, come under scrutiny. Because he holds no lineage to the designs themselves, the response for Māori is concerned with issues of cultural appropriation – a line of criticism which holds in account the skilfulness, mindfulness in conception and masterful execution of this work.

Rauponga is a carving pattern that alternates ridges and grooves. Read more about it here. 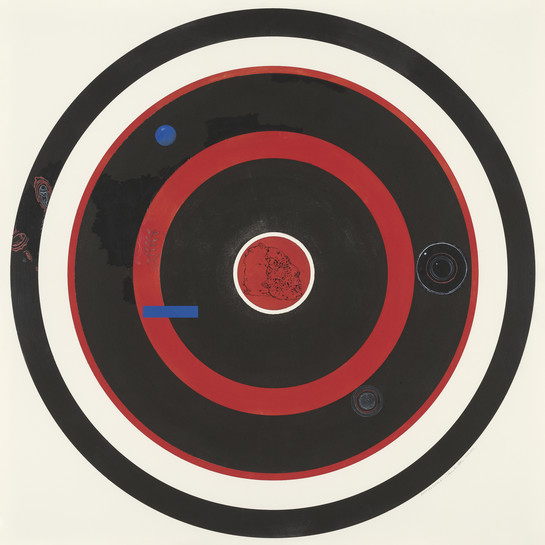 Kūwhaiwhai
Multiples: Prints from the Collection 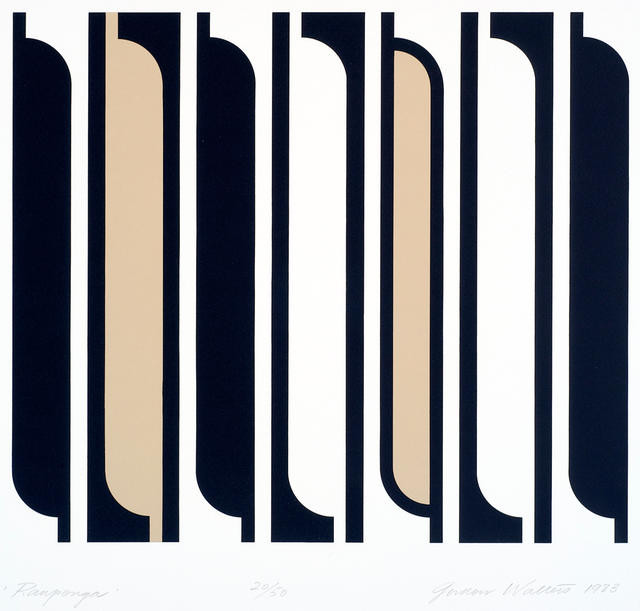