Victory Beach is the longest beach on the Otago Peninsula, about 24 kilometres from Dunedin. From there, you can walk to ‘The Pyramids’, a series of geometric basalt columns. Robin White lived in nearby Portobello and then Dunedin city between 1972 and 1982. Here, in her customarily economical style, she observes how the peak of a white canvas tent echoes the volcanic form behind it. There are other connections between the tent and the land; the soft curves of its sagging walls are repeated in the shape of the undulating land behind it, and the dark grey of its shadowed side wall can be found in the threatening clouds in the sky above. The ‘pyramid’ provides a towering background, but the White emphasises the proportions of the tent, too, letting it push slightly out towards the edges of the paper. 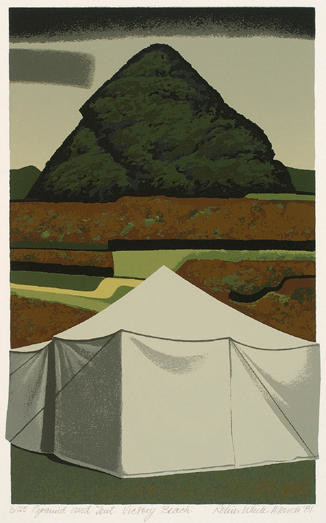 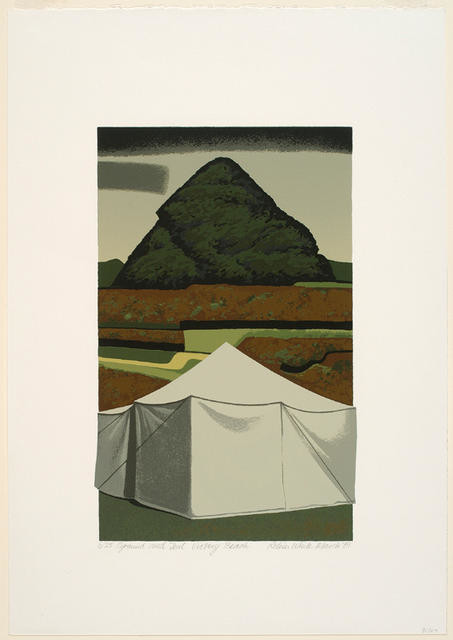