This print is from the folio L’Art Décoratif Théâtral Moderne (Modern Theatrical Decorative Art) produced in Paris in 1919 by leading European avant-garde artists Natal’ya Goncharova (1881–1962) and Mikhail Larionov (1881–1964). Including examples of the artists’ work in lithography and pochoir (stencil) printing, the folio highlights not only their interest in stage and costume design, but also their desire to combine the forms of cubism with the representation of movement. In 1912 Larionov initiated rayonism, an artistic genre in which he investigated the effect of light rays fracturing and reflecting off the surface of objects. The prints included in L’Art Décoratif Théâtral Moderne, with their rich decorative patterns, vibrant colours and abstract forms, highlight these concerns. 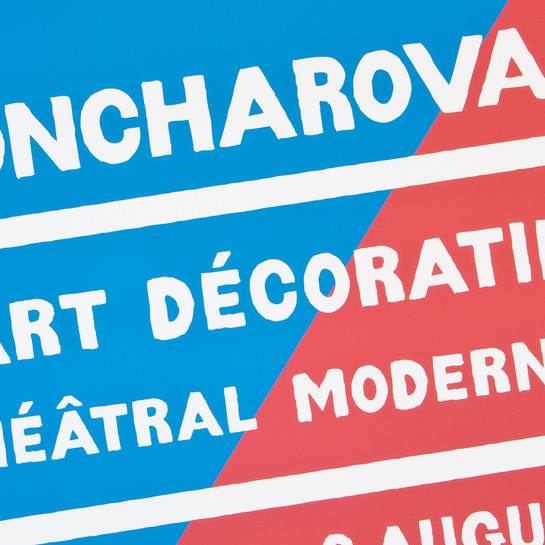