This subject was first worked by the artist as a lithographic print in March 1937 and was published and issued as number 16 in the series "Lithographs for School".

A second series in an edition of 500 was subsequently published by Contemporary Lithographs Limited, London, a company directed by Robert Wellington and John Piper; the latter is attributed as having assisted Frances Hodgkins in preparing and printing the lithographic stone. He still holds in his collection one of the studies made in preparation for the work.

The work recently purchased by the gallery is one taken from this edition.

Only a small amount of graphic work was executed by Frances Hodgkins during her lifetime and Arrangement of Jugs is the only lithograph known to have been made by her. The first exhibition of the print publicly in New Zealand was during the tour of the 1968-89 Exhibition of British Prints and drawings organised by the British Council. 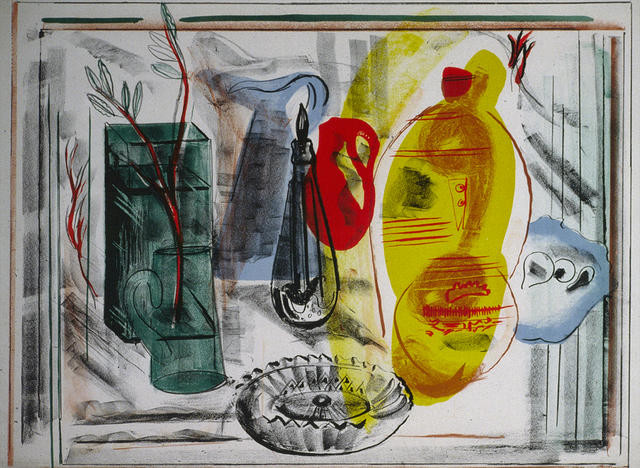