On 12 January 1866 an attempt was made to overwhelm the Hau Hau stronghold at Otapawa Pā in South Taranaki, 8 kilometres south of Hawera. This watercolour depicts that engagement, which had heavy fire from both sides until the Pā was taken and the Māori fled. Von Tempsky was a skilled amateur artist and the scene shows the wounded Rangers and Māori warriors being tended in the foreground, whilst fighting continues in the distance and officers discuss their strategy. Von Tempsky was born in Braunsburg, East Prussia, into a military family and, following family tradition, was educated in a Prussian military academy in Berlin. Von Tempsky lived in Central America, California, Britain and Australia before coming to New Zealand in 1862. As an experienced guerrilla fighter, he was quickly commissioned to the New Zealand Forest Rangers. He had a reputation amongst both the Māori and Pākeha as a dashing and fearless fighter. He died in battle at Te Ngutu-o-te-Manu. 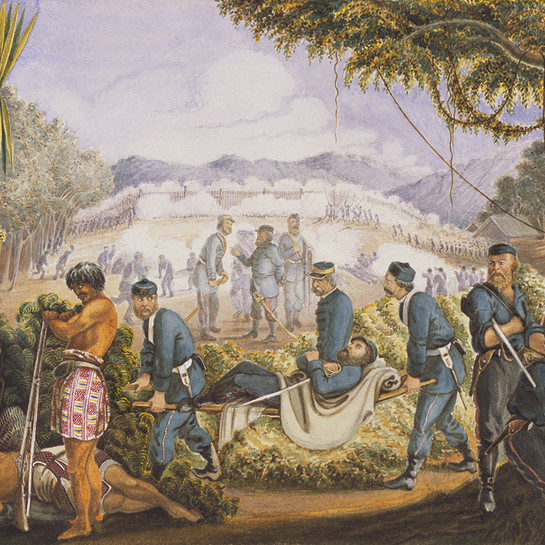 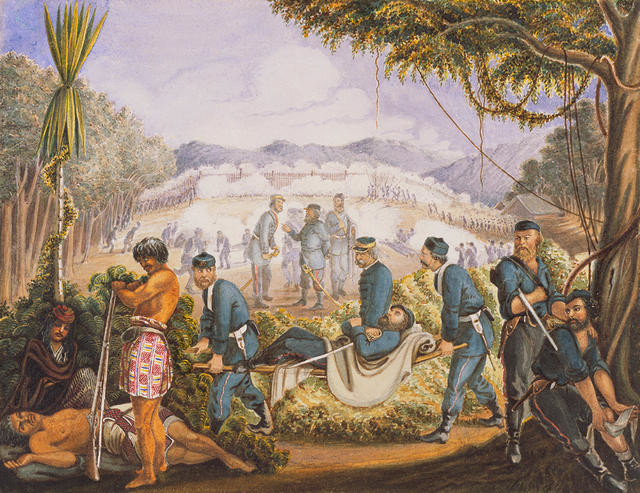