The scene depicted is Greenwich Palace, also known as Placentia Palace, at Greenwich, England. This tudor palace was a favourite of Henry VIII and was used for hunting and jousting. It was the birthplace of his daughters, Queen Elizabeth I and Queen Mary. It became delapidated during the seventeenth century when Greenwich was entirely re-developed with the construction of the various buildings that survive today.

This print appeared many times in the eighteenth and nineteenth centuries - it was published in 1767 for example by the Society of Antiquaries. It is probably based on an original drawing of the Palace in the Bodleian Library in Oxford.

With thanks to John Bold, University of Westminster and Pieter van der Merwe, National Maritime Museum. 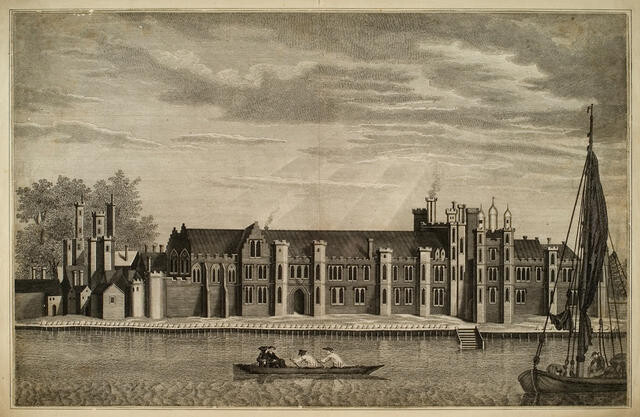