This is a plate inserted between pages 396 and 397 of the book 'The Netherland-historian, containing a true and exact relation of what hath passed in the late warrs between the king of Great Britain...' first published in 1675 by S Swart of Amsterdam.

The inscription in English is 'William Henry III by the grace of God Prince of Orange'. 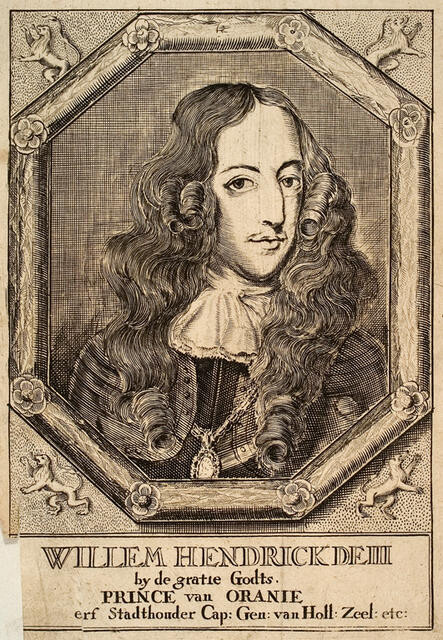