Georg Pencz was a German engraver, printmaker and painter who studied under Albrecht Dürer and later became Nuremberg’s leading painter. Pencz visited Italy in about 1539, and on returning made six engravings inspired by I Trionfi (The Triumphs), an epic poem by 14th-century Italian Renaissance scholar and poet Petrarch. This poem was based on the Roman conquest ceremony, in which winning generals and their armies marched in procession behind their battle captives and spoils. Petrarch’s six triumphs were presented as a symbolic dream, in which Love, Chastity, Fame, Time, Death and Eternity conquered each other in succession.Pencz’s interpretation pictures the winged Fame on an elephant’s back with blaring trumpets, while the defeated Chastity is downcast, wrapped in thought and heavy robes. 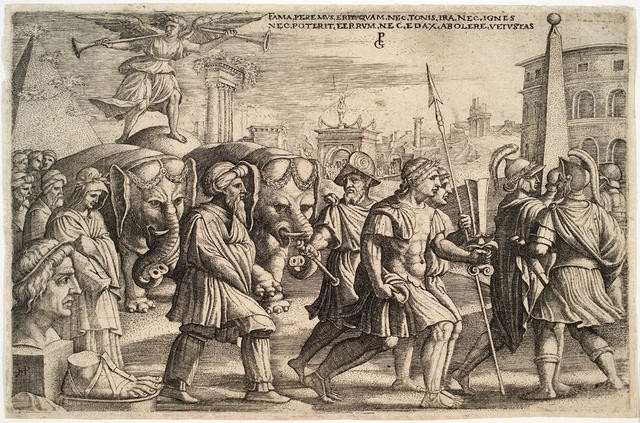