This is a plate from George Cruikshank's 'Illustrations of Smollett, Fielding and Goldsmith, in a series of forty-one plates', published by Charles Tilt in 1832. It depicts a scene from volume one of Tom Jones, in which the eponymous hero surprises a sentinel.

"When the sentinel first saw our hero approach, his hair began gently to lift up his grenadier cap; and in the same instant his knees fell to blows with each other. Presently his whole body was seized with worse than an ague fit. He then fired his piece, and fell flat on his face." 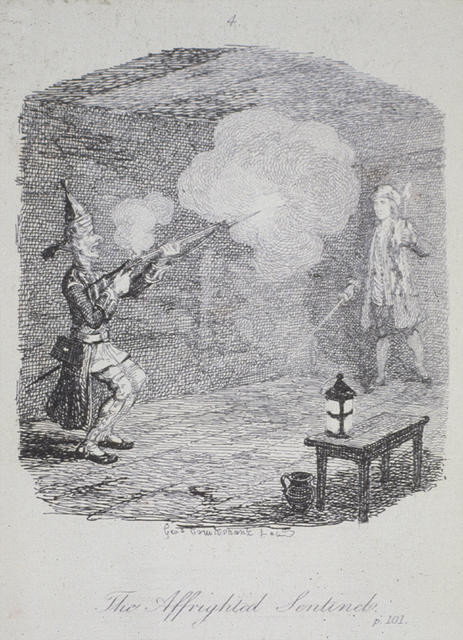