Lucas van Leyden was the son of a painter, and grew up surrounded by art and other young artists. He made his earliest known engraving aged about fourteen, and soon became one of the leading painters and printmakers of the Dutch Renaissance period.Van Leyden’s engraving of Athena, Greek goddess of war, reflects the growing attention being given to classical mythology at this time. Suitably dressed for her fearsome and fantastical role, she is wrapped in loosely draped and billowing cloth and holds a heavy weapon and shield decorated with a snake-haired Gorgon. Athena was said to be the favourite daughter of Zeus (god of the sky, lightning and thunder), and to have been born from out of his head, fully grown and wearing armour. 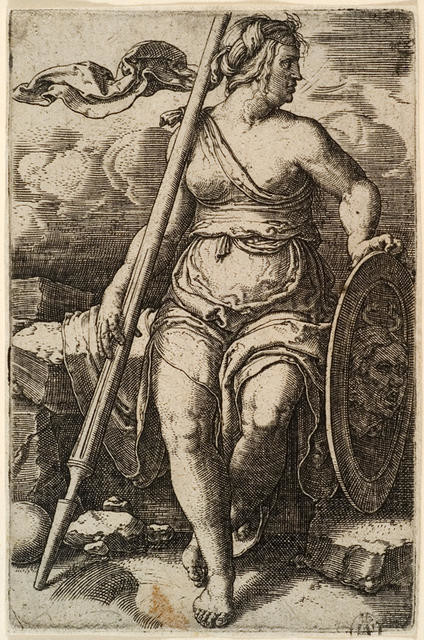