The Taramakau River flows for 72 kilometres from the main divide of the Southern Alps to the Tasman Sea on the West Coast. Among early Māori it was well known for the greenstone found in its upper reaches. Beatrice Partridge visited the region around 1897 and would have then made sketches for this painting. In the 1880s Partridge studied at Canterbury College School of Art where she would have learnt her academic style, which emphasised the careful attention to detail, such as can be seen here in the bush in the foreground. She has also captured the challenging nature of the landscape. Born in England, Partridge travelled to New Zealand with her family around 1877. She and her artist sister, Florence, eventually came from Timaru to live in Christchurch. Partridge became a working member of the Canterbury Society of Arts in 1887. She exhibited in Wellington as well as Christchurch and held her last exhibition at the age of 96. 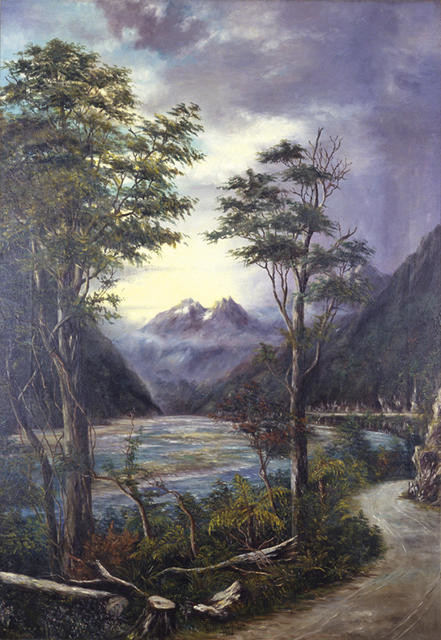