Edith Munnings was a foundation student of the Canterbury College School of Art, which opened on 1 March 1882. At the beginning of 1893 she was appointed to the staff of the College. While she produced portraits and genre paintings, her major output was concerned with landscapes, which she painted in a plein air style. This self-portrait is painted in the academic tradition taught at the College, showing an attention to detail in the painting of the head. Munnings has used looser brushwork for the clothing and background. Munnings was a founding member of the Palette Club, formed in 1889 by a group of Christchurch artists interested in the plein air (outdoors) movement. However, she also exhibited with the more conservative Canterbury Society of Arts between 1890 and 1897 and served on the council of the Society between 1894 and 1897. Around 1899 Munnings left to live in India. She continued to paint until the time of her death.

This obituary of Edith Munnings. whose married name was Edith Strutton, appeared in ‘The Press’ on 23 June 1939

Mrs Edith Strutton: An artist of great ability who gave up a promising career at the School of Art Canterbury College, to join an Indian Mission, died on April 24 1939 at Lonavea India. Mrs Strutton who was 72 years of age was the daughter of Mr and Mrs Joseph Munnings, pioneer settlers at Addington" Christchurch. She is survived by a brother and several sisters. 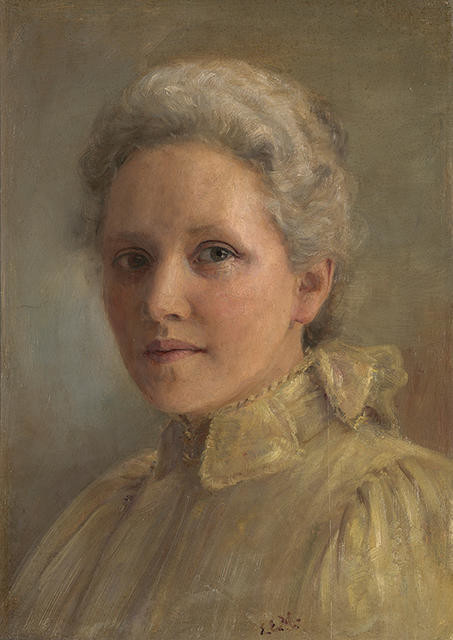