Conducting Miss Masters’ unexpected visitor into the drawing room is her lady’s maid, referred to in the story illustrated by this drawing as ‘the demure Jane’. This voiceless servant appears elsewhere in the narrative in snatches: posting letters, carrying in a parcel, finding another glass for a guest, running errands such as fetching a policeman or hailing a cab. George du Maurier produced this ink drawing in 1881 for the Cornhill Magazine to illustrate ‘Love the Debt’, a serialised tale by Irish writer Richard Ashe King later published in novel form. At this time, about one in eight English and Welsh women and girls aged ten and over were domestic servants; between the ages of fifteen and forty, the proportion was closer to one in three.

An illustration to the serialised story 'Love the Debt'. This illustration appeared following page 616 of volume 43 of the Cornhill magazine, January-June 1881.

'Love the debt' appeared in the Cornhill magazine with no author, but was later published as being by 'Basil', a pseudonym of the Irish writer Richard Ashe King (1839-1932). 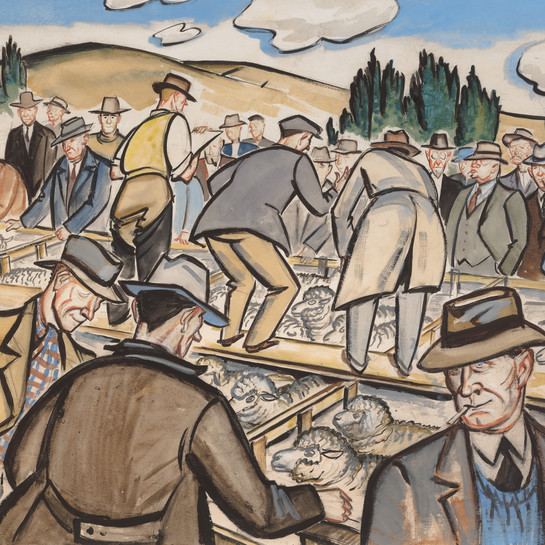 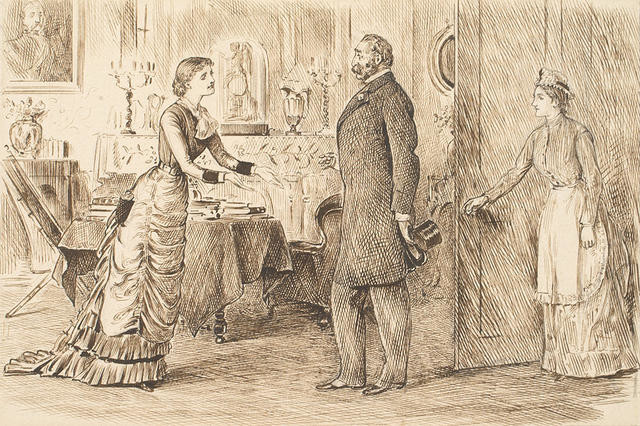 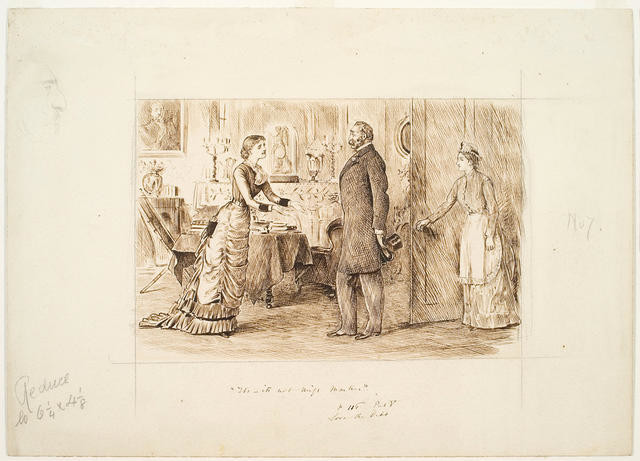 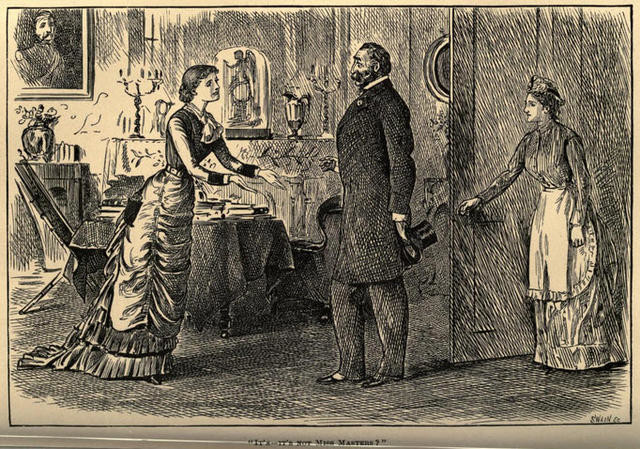