The Auckland painter John Weeks returned to New Zealand in 1929 after seven years abroad, having painted and travelled in Europe and North Africa, and studied in the Paris studio of the cubist painter André Lhote.

Appointed as a teacher at the Elam School of Fine Arts in 1930, Weeks found New Zealand a virtual clean slate in relation to modern art, for which he became a pragmatic, steadfast champion. Versatile in his output, he painted mildly abstracted landscapes and figure studies that recalled the lessons of Paul Cézanne. From about 1945 onwards, he also began exhibiting more boldly abstract compositions such as these, echoing the earliest years of cubism and the paintings of Pablo Picasso and Georges Braque. 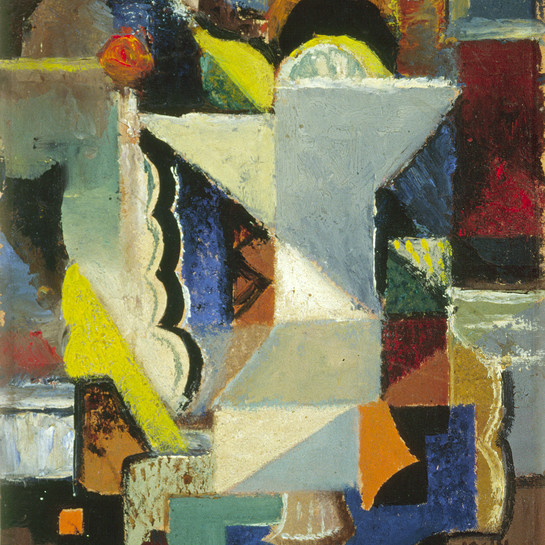 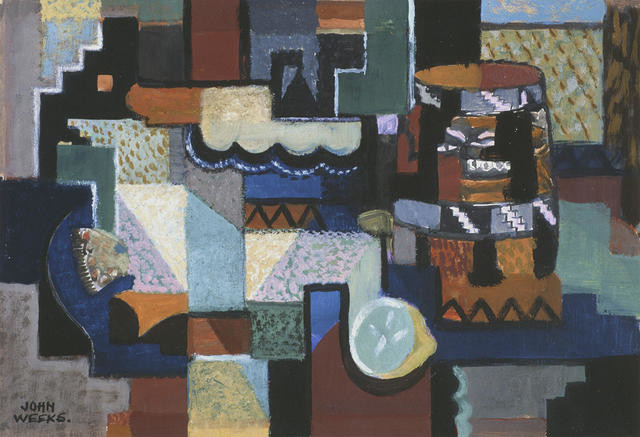