The Heathcote Valley was very much a rural area on the outskirts of Christchurch early last century when this work was completed. Urban development in recent years, however, has changed the area dramatically.

On his arrival in Christchurch in 1877 Robert Gill found he was unable to establish a professional career as an artist. He was forced to earn his living through a drapery business he established in the city and he painted only on a part-time basis. The very large scale and exquisite attention to detail in this work show his considerable ability with watercolour.

Gill was born in Cumberland, England. It is not known where he trained but he was based in London and produced watercolours of landscapes and buildings. He achieved some degree of success, having exhibited with the Royal Society of British Artists and the Royal Academy. He exhibited with the Canterbury Society of Arts as well as the New Zealand Academy of Fine Arts. 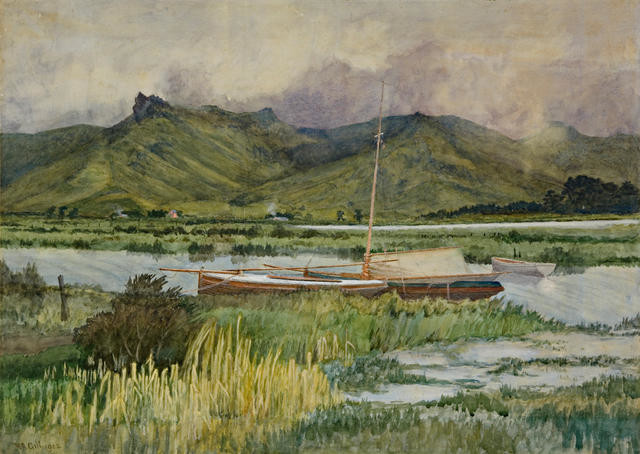