Harold Speed was studying at the Royal Academy Schools in London in 1895 when he made this work, an entry in a competition for a design suitable to decorate a public building. Speed was awarded his £40 first prize by Sir Frederic Leighton and after graduating in 1896 was contracted to install his design in an arched recess of the Royal Academy’s refreshment room, where it remains.

Speed became an eminent portrait painter, with commissions including a portrait of King Edward VII in 1905. His Royal Academy fresco design was brought to Christchurch for inclusion in the British Art Section of the New Zealand International Exhibition and then purchased by the Canterbury Society of Arts. 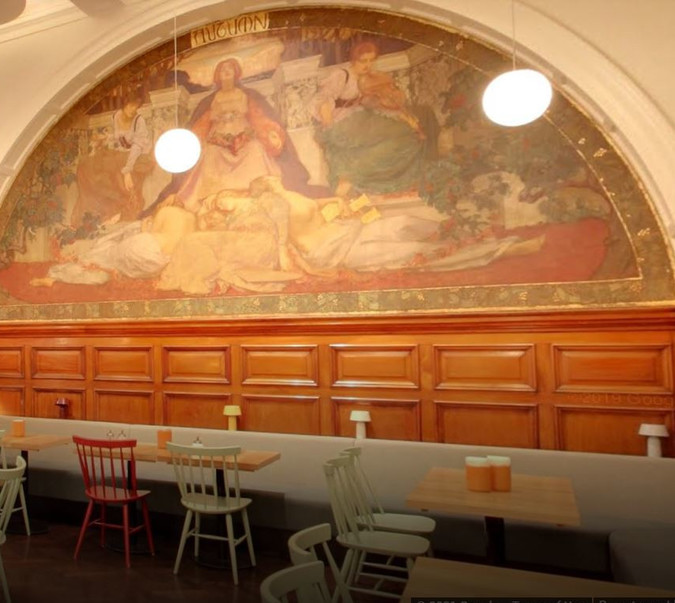 The fresco as it appears in the Royal Academy, October 2021.