This sweeping, panoramic view looks towards Poole Harbour from the Purbeck Hills in Dorset. Brownsea Island is seen in the distance. Charles Worsley was a prolific traveller, often recording many landscapes in his sketchbooks. He would use these later as the basis for large studio paintings.

The immense scale of this painting shows Worsley’s technical virtuosity with watercolour. It was the medium he worked in most and his success was marked in 1923 when one of his watercolours was bought for the Royal Collection by Queen Mary.

Worsley was born in Devon and studied art in London, Antwerp and Paris. He settled in London and began exhibiting at the Royal Institute for British Artists in 1887, then at the Royal Academy in 1889. His wife Beatrice suffered from asthma and in 1896 they left England, arriving in New Zealand in 1898. They lived in a number of places, including Christchurch, before returning to Britain in 1920. 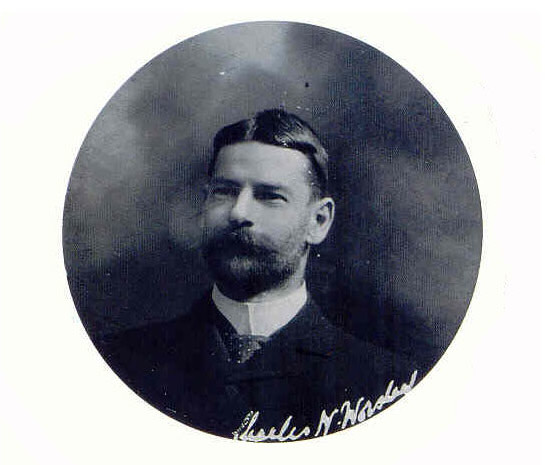 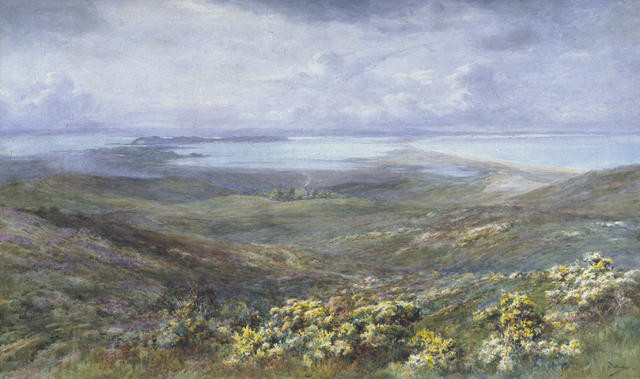