William Havell returned to England in 1826 after nine years abroad – firstly in China, followed by eight years in India and Ceylon (Sri Lanka). Suffering from the effects of cholera, he was described on his return as ‘an elegant man but much out of health’ by author Mary Russell Mitford. This atmospheric country scene was painted shortly after his return to England, and suggests the invigorating effect of the English Lake District in full summer. Swaying, feathery branches fill the frame; farm workers toil faithfully below; a woman carries water down a rutted, shady path; a nursing mother rests in sunlight. Reflecting the influence of Meindert Hobbema and Jacob van Ruisdael, it carries a wealth of detail. Look closely, and you’ll find sheep resting in shadow, sploshing ducks, bankside dandelions and trailing blackberry brambles. 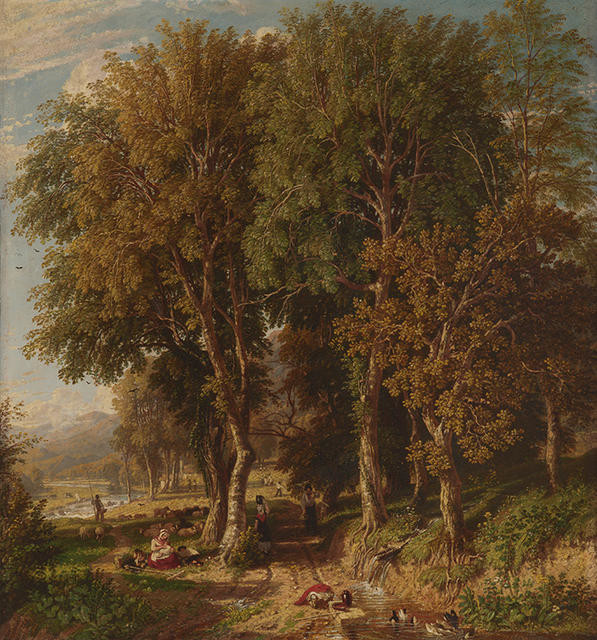