Although appearing to present a scene from everyday domestic life – the kneeling girl working the bellows is boiling the kettle for tea – this is a carefully staged painting that also sets up questions around attribution. The inscription ‘Elizabeth Graham’ had until recently been accepted as a signature, but more likely records the young sitter’s identity. Elizabeth’s father John, a successful woollen manufacturer living in Grasmere, Westmorland, and her mother Jane enjoyed commissioning art. The Grahams met Frank Bramley, a rising young artist, during a holiday in the fishing village of Newlyn, Cornwall, not long after his arrival there near the end of 1884. Bramley, a co-founder of the Newlyn artist colony, married Elizabeth’s younger sister Katherine in 1891. In 1900, Elizabeth married Charles Chalmers, who was knighted by George V in 1918; they became Bramley’s major patrons. Lady Elizabeth Chalmers (1870–1951) also became a painter, and later credited the experience of being painted as a child for this direction. This may be that painting, which sits far more plausibly with Bramley’s work from the mid-1880s than with Chalmers’ work. 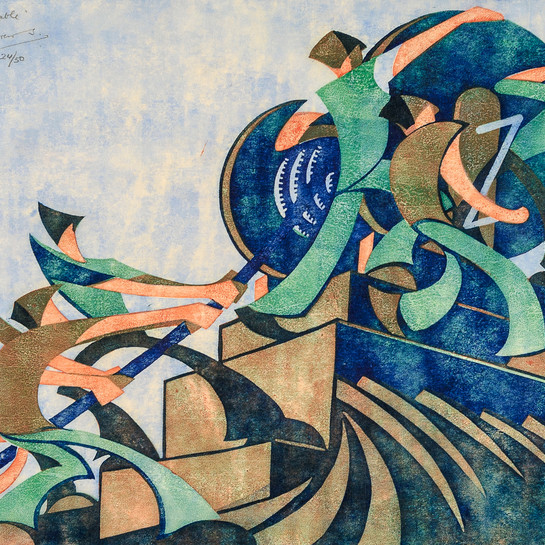 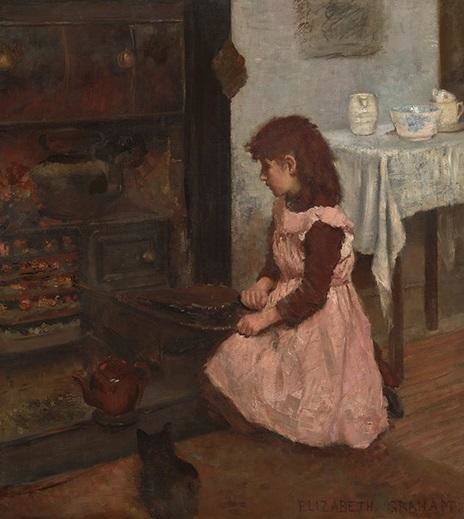 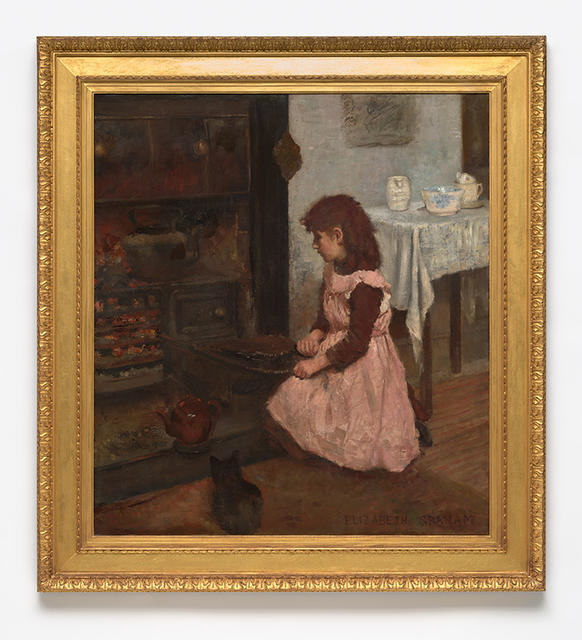