Artist James Oram produces works that embrace the elegance of raw materials from which to draw out honest observations of modern living. This work is located within the tradition of the uninterrupted single take, no edits, preferring video as a direct document of an action over a constructed narrative.

Employing blue latex gloves and surgical tools, Oram carves a face from a square block of soap resting on a mirror to construct a clean, idealised version of himself. The work is reminiscent of lives configured for the best possible presence online, or of how we now protect ourselves when attending to daily banalities such as trips to the supermarket during lockdown. Either way our interface with the world has been transformed, what will the new you be like when we re-emerge in real life?! 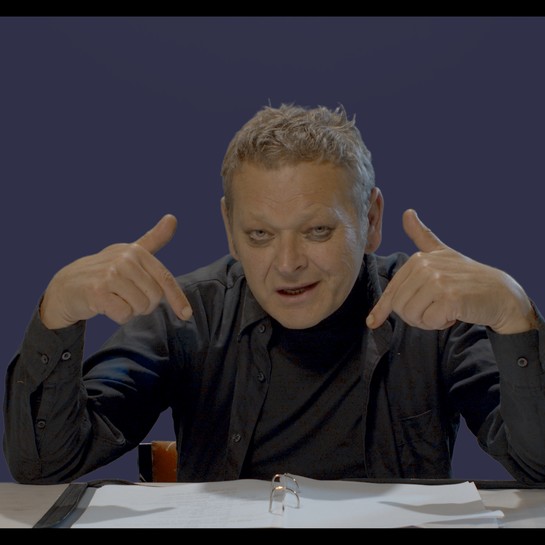 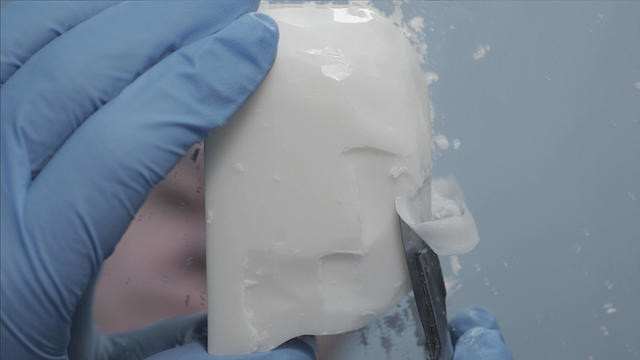 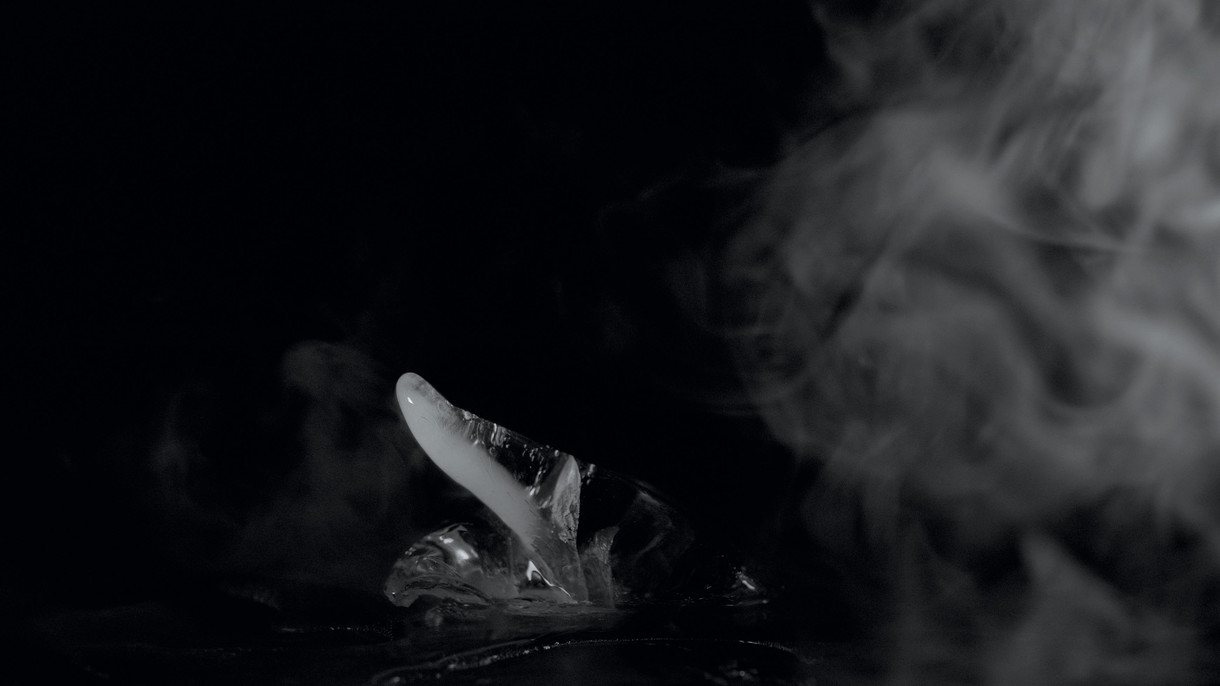 In the American psychological thriller Severance, the employees of Lumon Industries undergo a surgical procedure that separates their work and non-work memories. The uncanny plot unfolds into what feels like a terrifyingly accurate portrayal of the power that corporations exert over our lives, and the integration of the self into capitalism. In this fictional world Mark and his co-workers willingly join the corporation, blind to what it is they do as part of the Macrodata Refinement team. The series offers insight into how data has become a core part of capitalism, despite the over-abundance of information in a system founded on scarcity. Further, Severance’s data sorters must categorise and file the numbers that appear on their computer screens based on their emotional response to them, rather than applying logic, thereby integrating their feelings to the digital realm.